Not all of my houseplants doing great. The parlor palms look well enough from across the room- 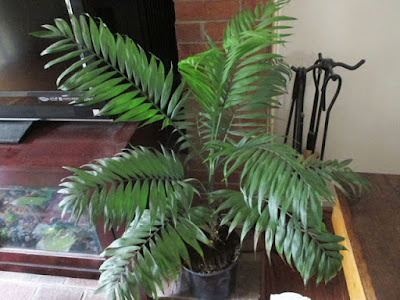 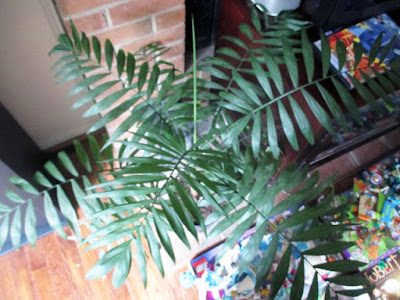 but have several dried, crispy patches on lower leaves. I usually just trim these off. My eight-year-old has recently taken to spraying plants with a tiny spritz bottle- she thinks it's fun- I directed her to give the palms, avocado, dracanea, schefflera and foxtail fern this treatment. Maybe it will help some! 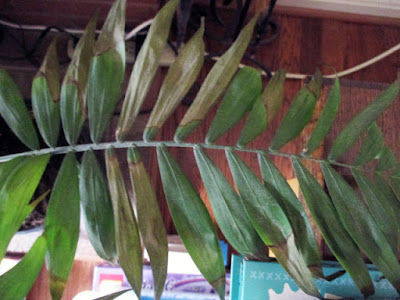 This little cute blue-green trailing "foliage plant" has been dropping leaves, too. I found it's name! Pilea glauca 'aquarmarine' and it likes to dry out between waterings. I found it only had one drainage hole, and that set in center of the pot above the main surface- so after removing its dried-up foliage I stabbed a bunch more holes in the underside with a steak knife. Then moved it to bright indirect light in the bedroom to keep a closer eye on it. And saw that it has tiny bitten specks on the leaves- so I moved it back downstairs to a spot away from other plants, after dousing it with soap spray. Until I know it's clean. 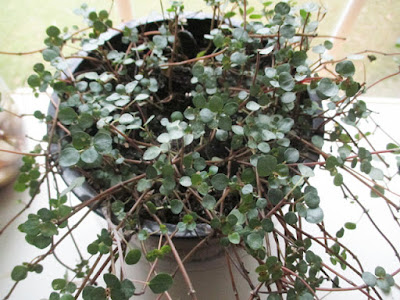 Spider plant looks better than in the past, but still rather droopy. 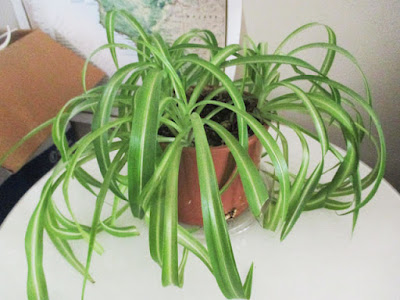 Saddest of all is my eight-year-old avocado. Lower leaves pale between the veins, 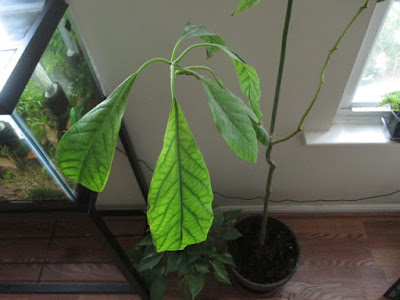 upper leaves droopy and crumpled. I'm ashamed to show this one. I gave it a slight trim, topped off with fresh potting soil, and it's getting misted kind of regularly now. Not sure what else it needs. Afraid that repotting could put it into shock 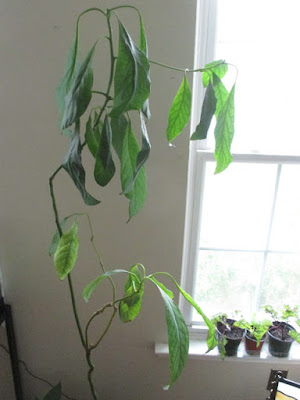