Most of my Sunflowers are in full bloom now, and the bees are busy at work on them! 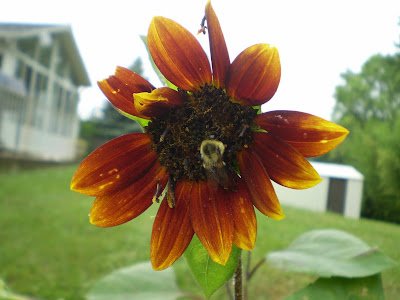 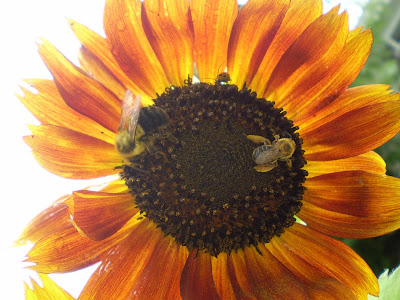 I still have tons of Tomatoes, and a few nice Bell Peppers, too. The cherry plants are pretty much dead, attacked by some insect I think so I was careful to throw the pulled vines in the trash, not compost. 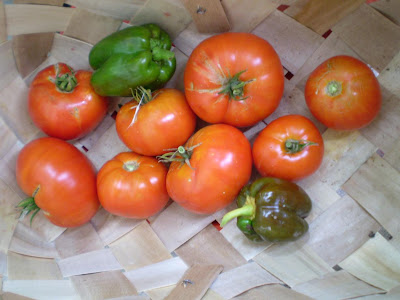 Some of my little hot peppers have turned red! A. says they're Jalapenos. He had one sliced and sauteed into a dish, and wowee was it hot. I didn't quite scour the pan enough afterwards, and it was a cast-iron one, and some of the pepper essence must've gotten into the pores of the iron, because the eggs I cooked in that pan the next day were burning my tongue. It made me cry. 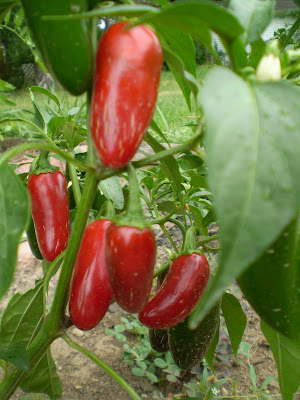 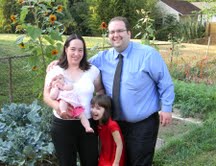 which I'm putting up here just because it's in front of the garden! Broccoli and sunflowers to the left, carrots and dying tomatoes to the right. And of course my wonderful husband and beautiful daughters.
0 comments
Newer Posts Older Posts Home
Subscribe to: Posts (Atom)
Photos and notes of an amateur gardener. Also my tank journal.