Make a great combination, it turns out. 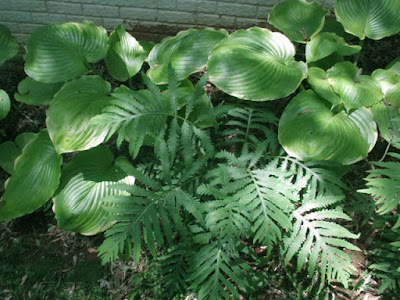 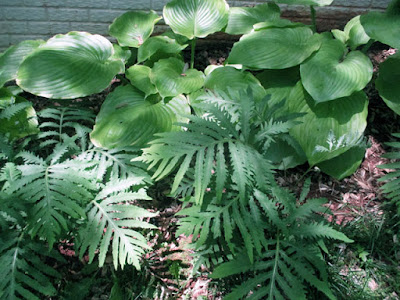 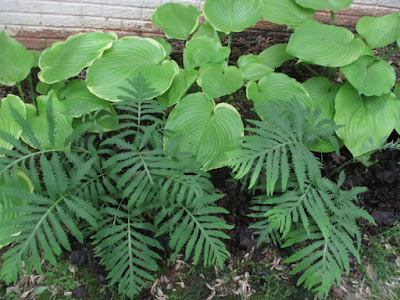 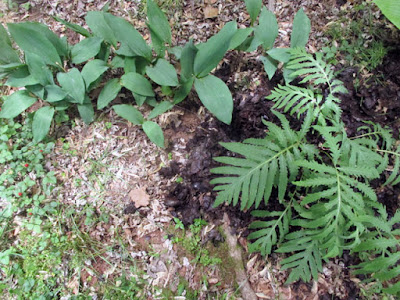 Here's the fern in the back- already surrounded by a thicket of monarda. There's hellebore to the left of it, and just behind one pokeweed I pulled out after the picture was taken 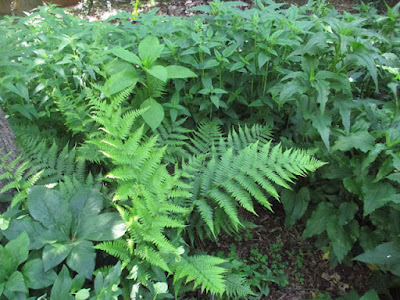 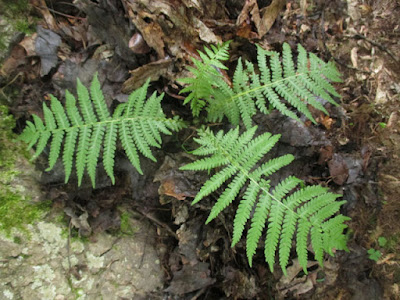 I moved some hosta around. Dug out the two that were in back under this holly shrub- one came forward into the row of yellow-edged hostas (all different leaf shapes though) 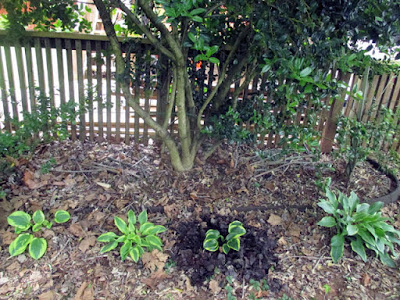 the two blue ones that were in that spot went into this circle around a tree. Not the same leaf shape as 'big daddy' but I don't mind. 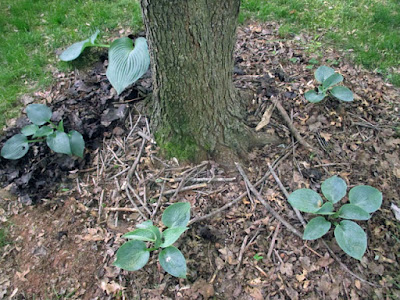 The rear one has really long petioles- I think because the shade was too deep for it, under the holly. I hope it takes better form next spring. 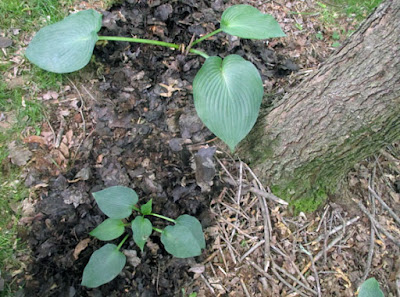 But my main job was to plant this glorious hosta with lancet leaves. A gardening friend and I swapped- I dug up and gave her my white-edged hosta and some herbs, she gave me this big pot. It matches another lanceofolia hosta I have on the sideyard- so that's where I put it. 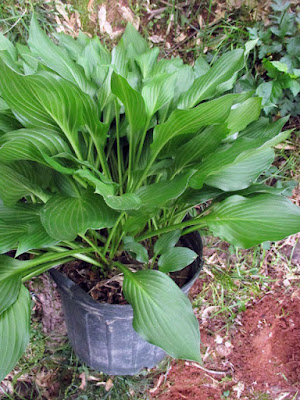 It was very dense and full of growth, so I split it with my shovel- 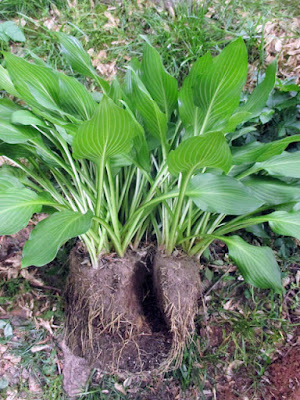 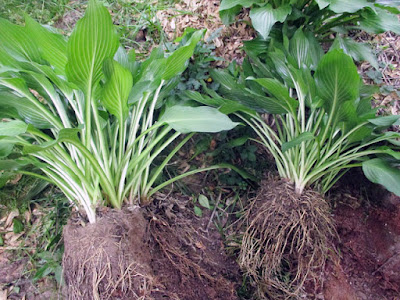 and planted them to either side of the established one, in a curve (new plants have darker mulch) 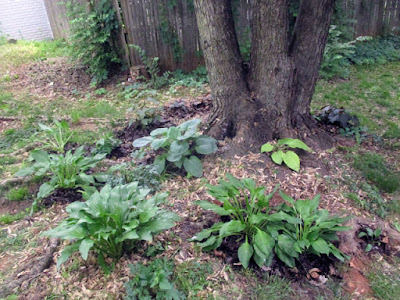 view from the other side- my hilly sideyard is actually starting to look purposeful now! Other plants in the picture- two other kinds of hosta, 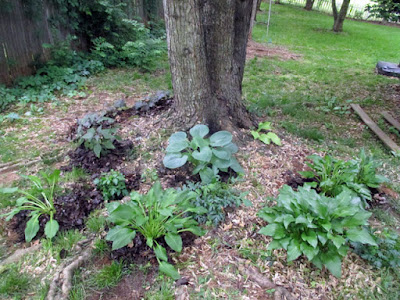 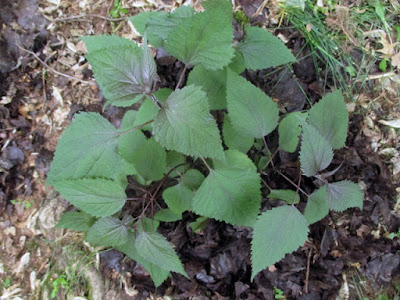 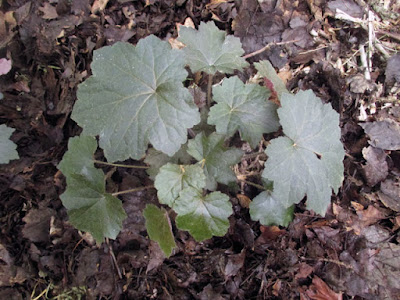 with some virginia creeper too 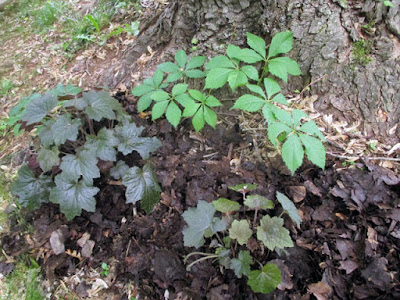