I bought a larger filter for my betta tank. This gray one is the Hydro I- the old sponge filter is just behind it- you can see the difference in size! and they're both rated for a ten gallon tank. I think the smaller sponge I had just wasn't doing the job 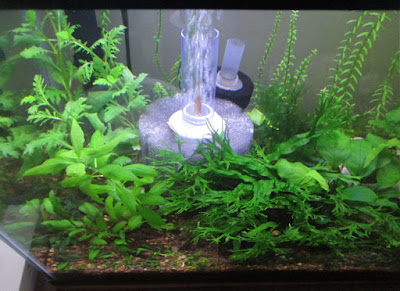 the shrimps were all over it immediately 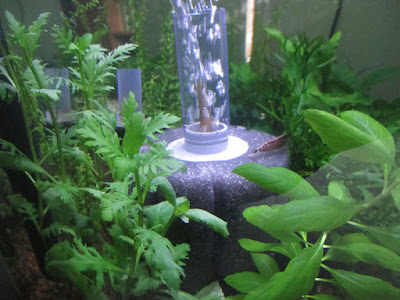 but I felt it was a bit large for the tank. I thought it was the smallest size of Hydro sponges, then found out there's a mini size too. Looking at replacement sponges online- they all fit onto the same housing piece- I found the mini sponge also works for a prefilter. Which I have- I used it before on the intake in my 38gal. So I pulled out that old prefilter sponge- it's been cleaned- and yes, it fit. 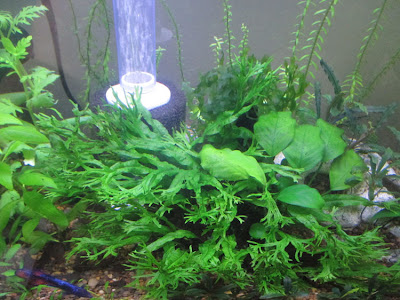 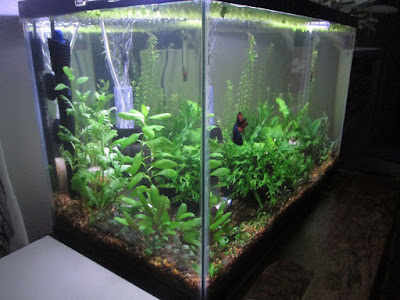 and then I just set it underneath- will leave it in for a few weeks, let the bacteria transfer. Or just leave it in the background premanently, can always pull it out later to have a seeded sponge ready for a small QT bin if I need it 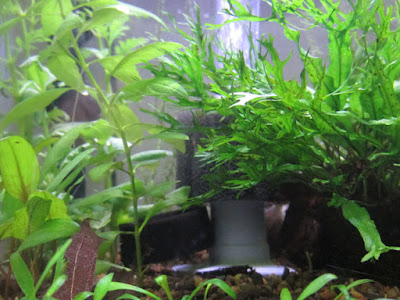 full tank shot with the Hydro I sponge 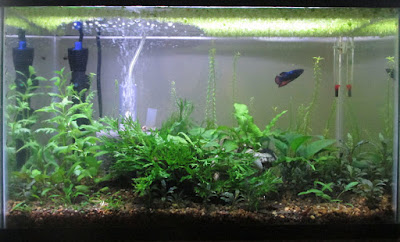 and a bit later, with the mini- 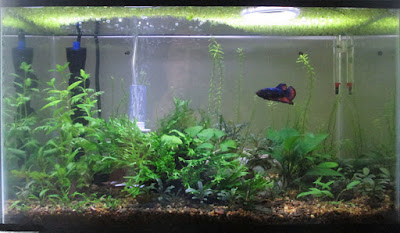 Shrimps have suddenly become more active- I'd noticed they were lethargic in the past month, but thought they were just getting old. Maybe they were feeling lack of flow and oxygen. 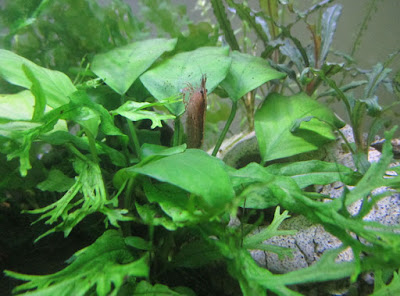 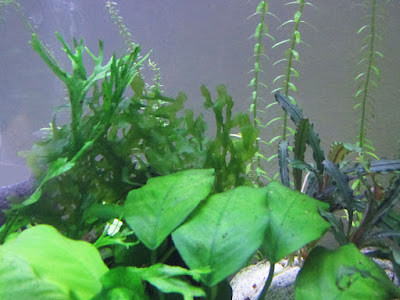 But java ferns don't look so great. I suppose whatever is better in my tank now for the rotalas- I've been cutting and replanting the nicest stems, gradually cutting and removing the ones doing poorly- and great for my buces- they positively glow- isn't as good conditions for my java ferns. I removed them all from the skull, then took cuttings of my tallest buce 'isabella' and 'blue belle' 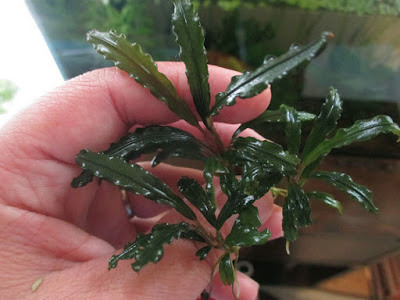 and tied them in place 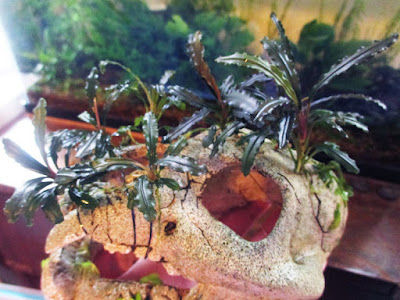 back in the tank 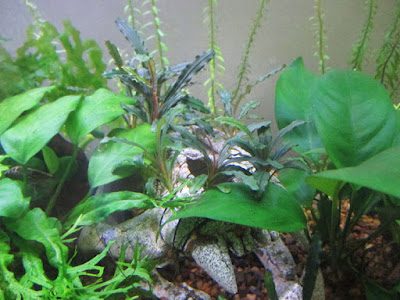 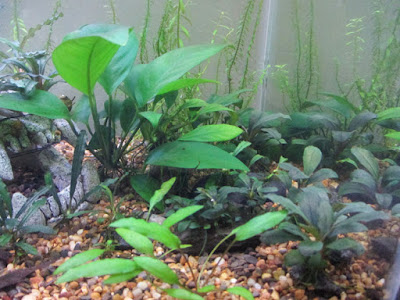 Not surprisingly, my windelov ferns are looking pale, also some of the anubias. But I like so much seeing the buces and rotalas healthier again, I won't mind if I have to move out other plants that are outcompeted in these conditions- or whatever the cause is. I guess it's the different ferts I use now. More nitrogen, maybe not enough iron? 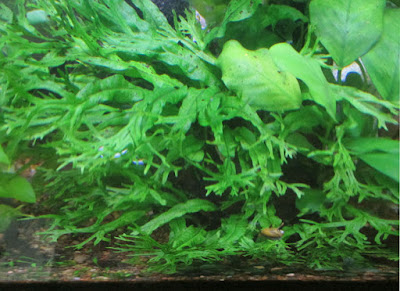 my horned nerite snails are showing wear on their shells, but they're still the first horned nerites I've had, that grew and kept nice spikes 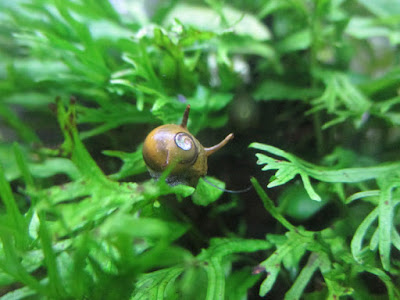 Incidentally, I hardly see limpets in here at all now. I suppose since I moved out the cories, there's not as much food supply. I rarely see a trumpet snail either, although I know there's still a few around.
Labels: Anubias, Betta fish, Bucephalandra, Cryptocoryne, Rotalas, Shrimps, Snail, Subwassertang, Windelov fern, Wisteria