I recently got two new Amano shrimp. Gave them a short QT period in the hornwort jar. It was acquiring quite a bit of hair algae so I thought the shrimps could clean it up while I make sure they aren't going to transmit ich to my fishes. 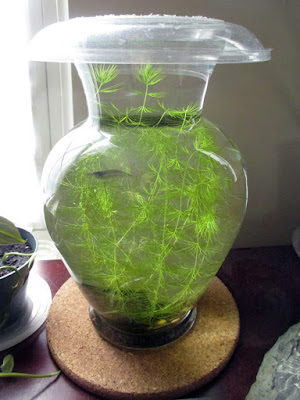 They stayed in the jar five days. 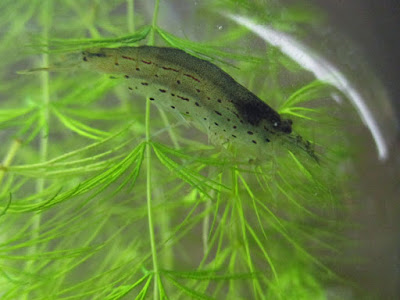 It was a bit chilly in there- unheated- hence the blue extremities again. I wrapped the jar in a wool scarf at night to retain some heat. 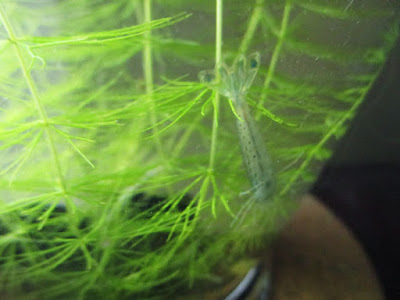 Hard to get any photos because they kept scrambling around constantly, plus the jar side distorts image. 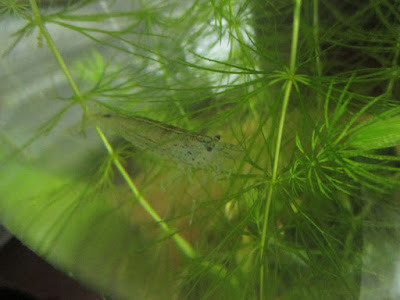 But it was nice to see something living in there- and I swear the hornwort grew greener and thicker with the addition of shrimp waste... I did pluck out the large trumpet snails while shrimps were in residence, to not overload the small space.
Labels: aquatic plants, Hornwort, Shrimps