I have made another effort to grow moss on things. Rubber banded some onto pieces of a broken clay pot (boiled, edges sanded). 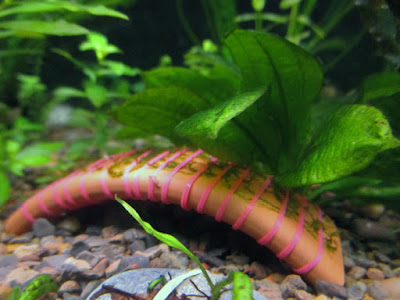 This one blocks a gap into the kuhli loach space under the bolbitis ferns. Kuhlis can go thru the gaps under the shard, serpae tetras don't fit and won't push their way through the relatively stiff fronds. 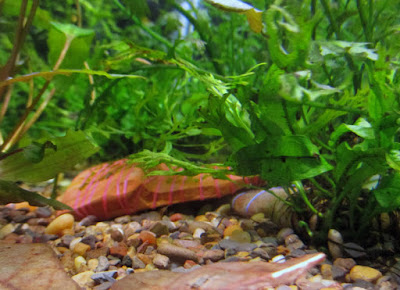 I tried again to use plastic mesh. This time folded in half and cut a curve. Laid moss bits inside, folded it shut again and sewed the edges with fishing line. Where the plastic was creased it bulges a bit, just enough to wedge a suction cup holder onto. 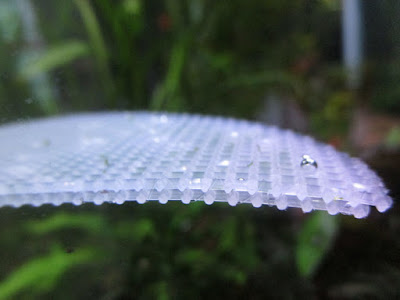 It doesn't look like much, yet. The shrimps like to walk on it, but of course none of them did so while I was taking photos. 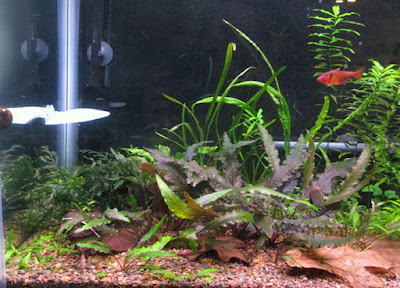 I made a similar, smaller one for Perry's tank. Because the moss seemed to grow pretty well in the unheated environment. 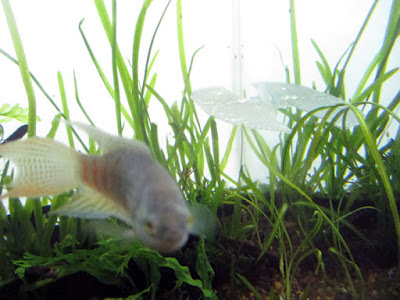 Perry also got a cave, of the largest pot shard with java fern 'trident' babies tied on. I thought it looked cool behind the vallisneria. Except he doesn't use it. Sleeps on top corner of the tank by some roots. Even when made nervous by my pouring new water in on maint day (and I do it slowly) he prefers to hide under his driftwood sticks or behind the filter box. 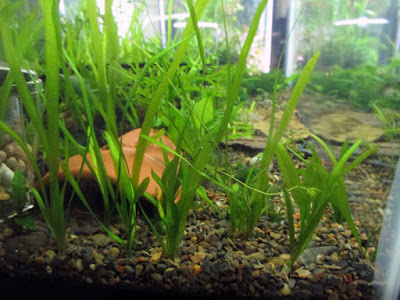 I'm thinking of moving it into the main tank already, where the residents will make use of it- the kuhlis at least. And quite a few of the trident fern bits in there are finally growing new leaves, but not adhering to their rocks. So I'd rather tie them down again. Plus when I glance at the window tank now, my eye goes first to the bolder orange of the pot shard. I'd rather my eye be drawn first to the brightness of the fish... 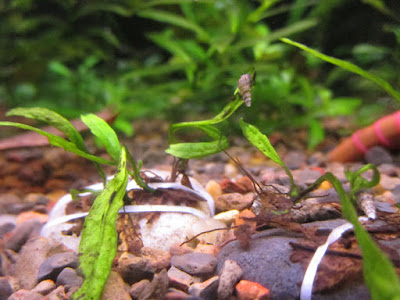