I still had some small coleus in the house, from the last set of cuttings. 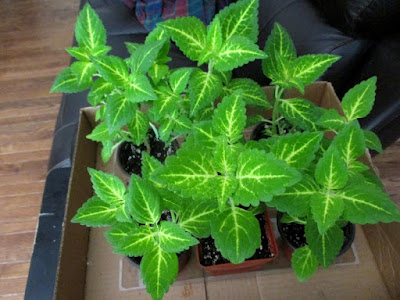 Yesterday I planted them out- we've had days in the eighties and low nineties, so I wasn't sure if these would take the stress of transplanting. But after a thunderstorm the ground was well soaked and the next morning cool, so I took the chance. Most went across the front bed, where the older coleus I put out too early is just starting to come back from its cold shock. Newer plant has greener color and larger leaves- the older ones are rather yellowish, and their new growth small still. 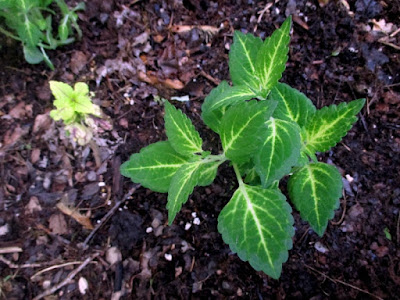 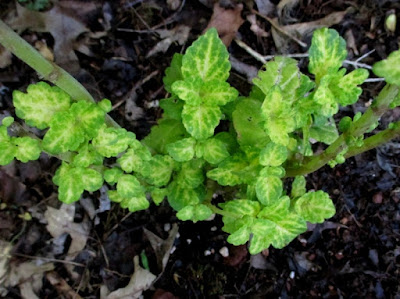 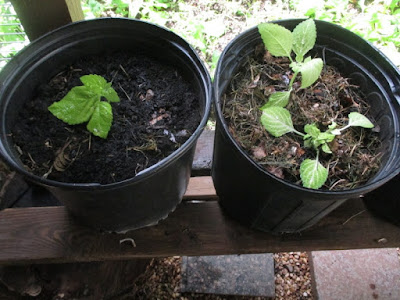 This one which I always think of as lime-and-orange even though now they're quite red, in a pot on the deck 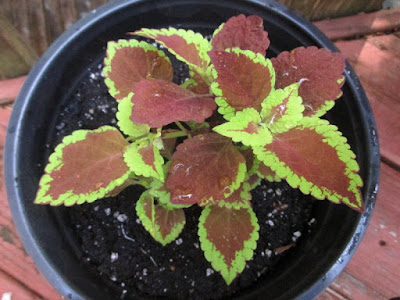 On the porch, two that have been out there quite a while- the one that's usually 'watermelon' pink has gotten quite dark and velvety looking (I like it better that way) and the crazy 'rodeo drive' one has a darker aspect on the new leaves as well. From much sun? 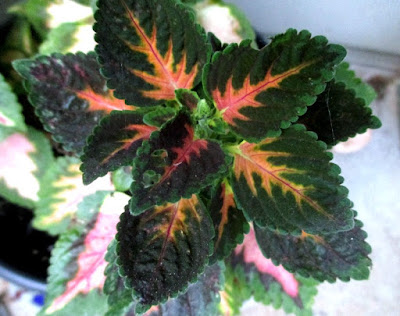 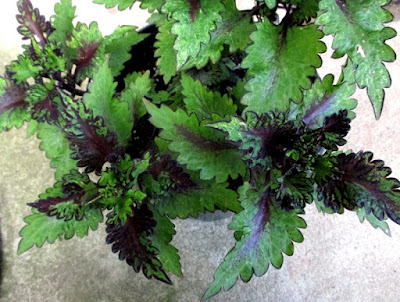 There's also this pot of 'kiwi fern' by the garden, where two of the three plants died early on, so I moved into the pot a new set of plants from other cuttings. Doing ok now. 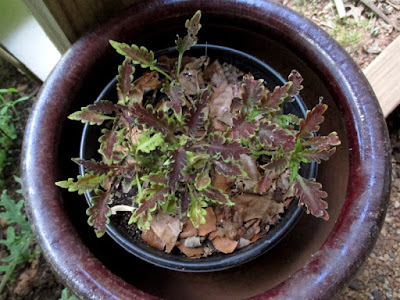