Today I put my sculpit in the ground. Should have done this weeks ago. I didn't realize it could grow as a perennial until just recently. 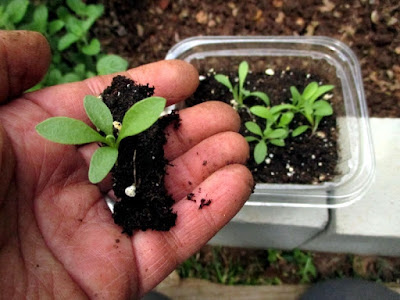 Perhaps they are too close, but I might thin some out later. 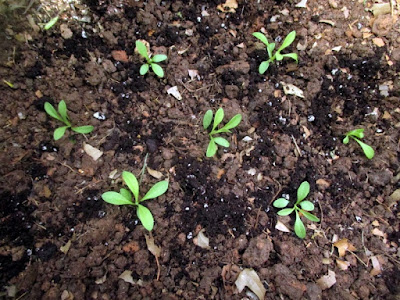 I trimmed the winter savory a bit to make room- that's nepitella on the left and lavender on the right. 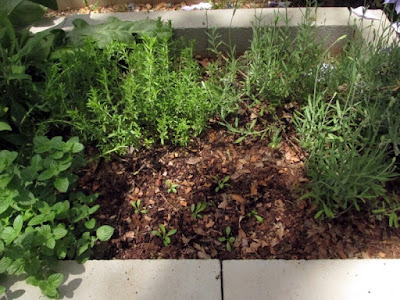 I took most of my 'exhibition limelight' coleus out of their pots and placed in the yard, in a curve fronting some yellow salvias. They seem to glow in the shade. 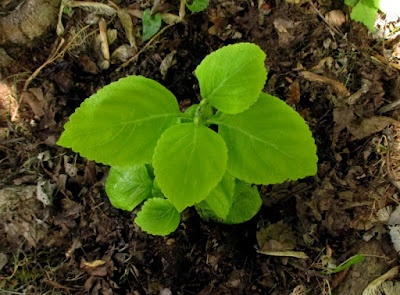 I planted out marigolds on either end of the bed that was supposed to have peppers. 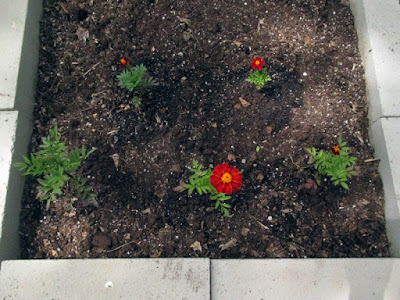 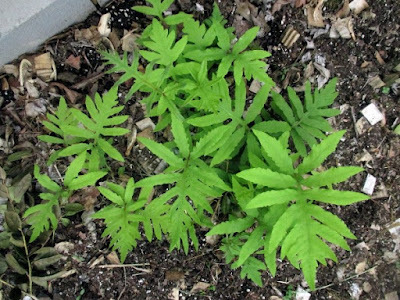 and moving them it (divided up) 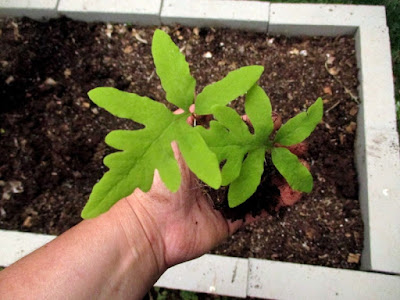 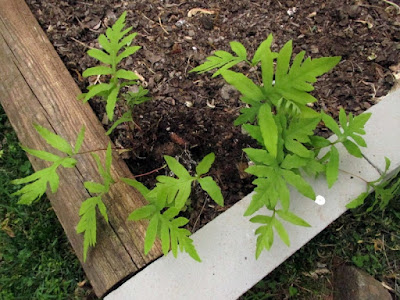 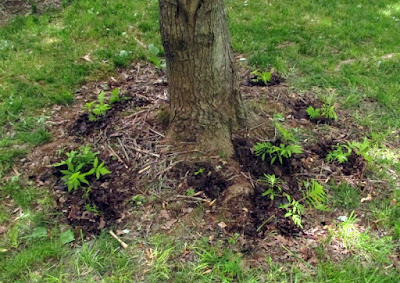 But I hope they will spread and fill in (sensitive fern is known to do so!) 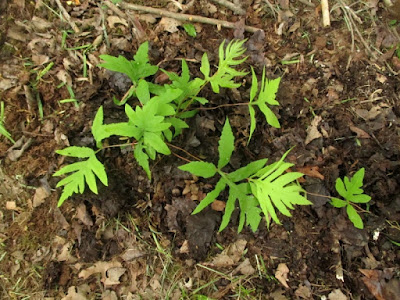