Laddie is still here, but not very active. I still can't figure if he's sick, generally unhealthy, bored or just lazy. He only really perks up when he finds a snail or I drop in a few guppy fry (but haven't had any for a while). He seems to have trouble now eating harder foods- the NLS pellets or bug bites- goes easily for flake and betta pellets though. Sometimes still just eyes the food and lets it fall. I don't see any other symptoms other then the continued lethargy- no sign of worms, no fungus or torn fins or red streaks . . . 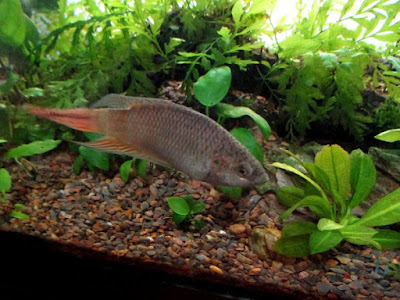 Other fishes are active and spunky. Three white clouds always chasing each other- still one fat female and two sparring males but never any fry. Three female guppies in here now too (from the tenner). Would like to get more white clouds, but not eager to go to the store. 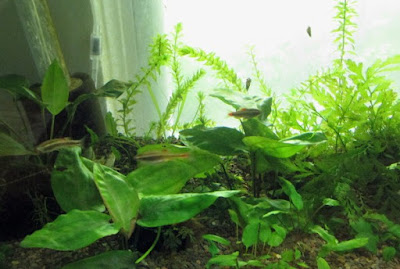 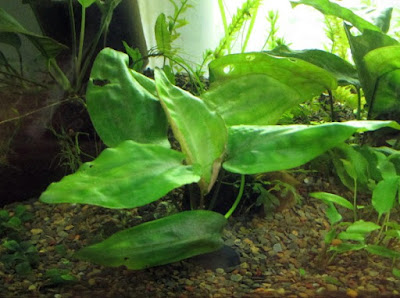 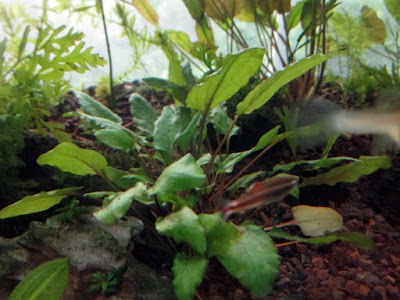 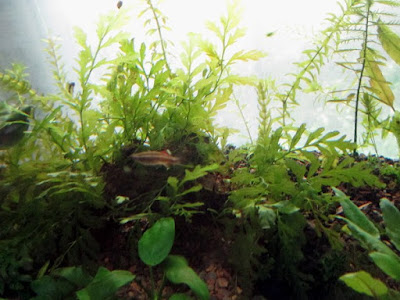 Only a few vallisneria left, away from the edge of the tank, where they get more light probably 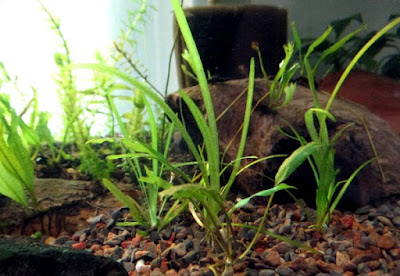 This rock has no moss. It all died. Now it just has algae. Why does my moss always die. 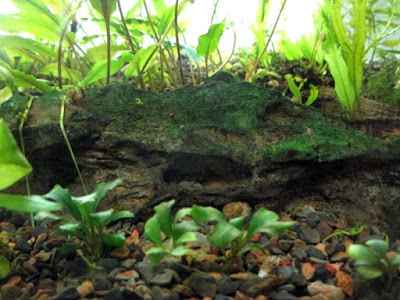 This is sad, too- the remnants of what was once one of my 'mother' crypts.  They have just been barely hanging on in the angelfish tank. Figured it was time to move one or it would die altogether. The small green leaf in center is what grew as it started adjusting in here. 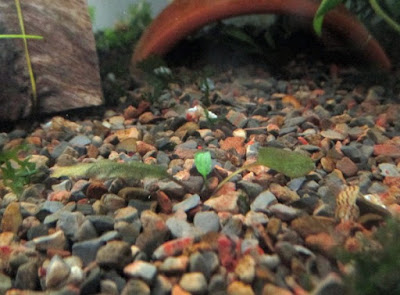 Still quite a few parrot's feather near the rear of the tank- very fine thin leaves-  not very visible to the camera among the crypt undulata. 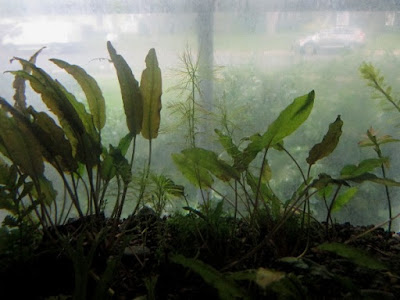 Above tank the parrot's feather is growing back now there's more sun. I did have to swipe off some aphids again. 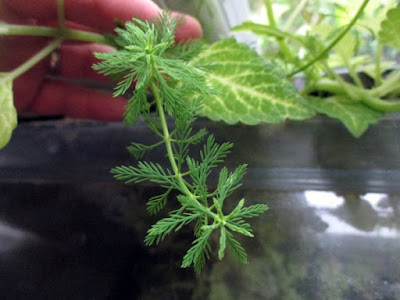