It started with a removal, and a desire to do something to my angelfish tank, so I'd feel more motivated to care for it. I've gone lax with water changes- for a while they were happening about once every ten or twelve days (instread of the usual seven), then two weeks went by and BSA started to show up on glass and anubias leaves, and I felt guilty. Did a larger water change and rinsed one of the filter sponges. I hadn't tested nitrates before working on the tank but the day after they were below 20ppm, so that looks good.

Pulled out one of the fake plants. Snails have been scraping them- probably to eat the algae but also removing part of the surface and then little bits of white float around the aquarium (I think that's what they're from). 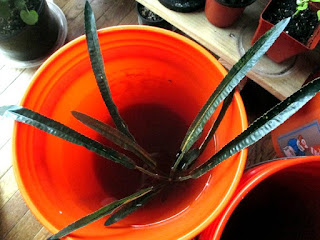 Took that one out so I could see better the crypt balansae. 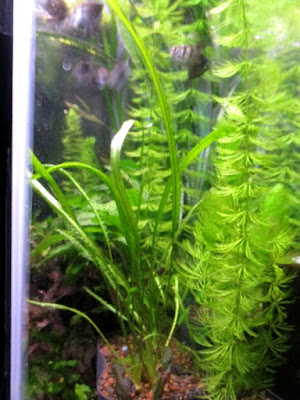 Then on a whim I pegged down a bunch of hornwort stems again. Usually have to thin out the hornwort weekly, it had gotten quite thick on top and was starting to block the light. This time instead of tossing the trimmings, I tied a bunch of stems to pebbles and glass beads, and filled in the tank with vertical lines of green needles again. So they're still in there taking up nutrients. 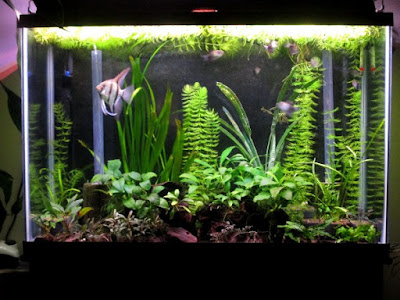 It looks nice and jungly now, and the tetras are loving it- darting excitedly all over the place. But my angel has suddenly taken to hiding- behind the filter uplift tube and stand of vallisneria rubra. 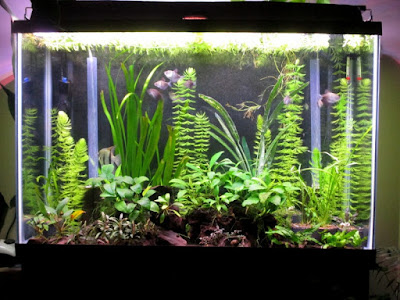 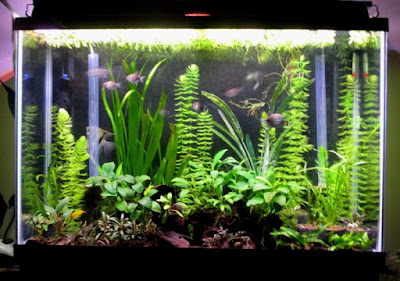 I saw a few days prior that one of her pelvic fins had broken, and then it fell off at the break, and now it's split. She came out from the corner to eat when the tank lights were off- her right pelvic is the broken one 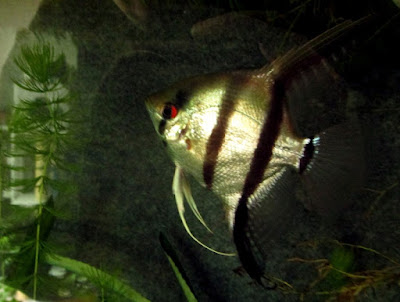 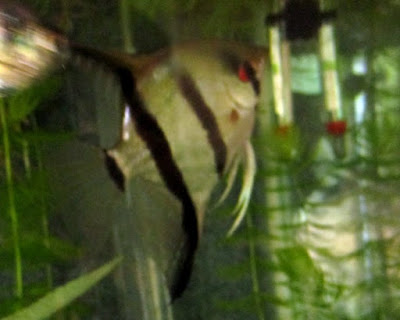 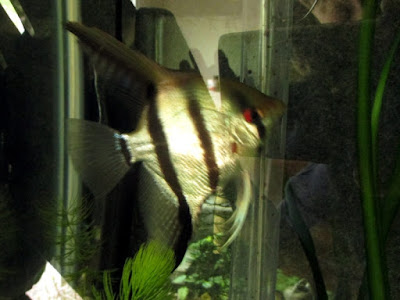 Doing another wc soon, to get back on the weekly schedule. Hoping with clean water she will heal and the fin grow back? Not sure how it happened, or if it's also part of the reason she's been hiding the past few days. I wonder if something scared her and she crashed into a wall again, though I haven't seen that occur in a long time now.
Labels: Angelfish, Cryptocoryne, fishes, Hornwort, Tetras, Vallisneria