Some belated pictures. Hygro or whatever-it-is looking golden in the sunlight- recently cut and replanted some of those stems. 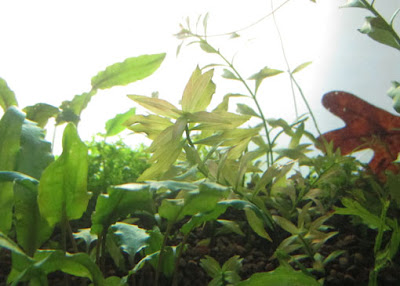 I'm glad I moved the moss rock back a bit, put the crypt becketti behind it, and planted a row of buce 'green wavy' in front. It's one of the nicer spots in the tank now. 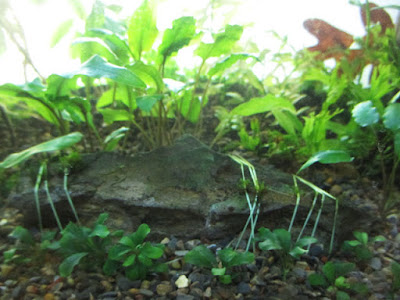 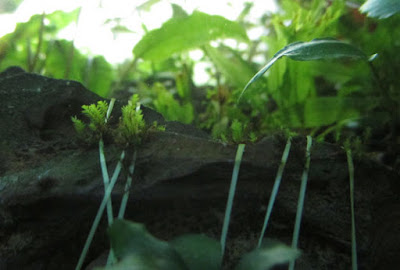 Anubias 'pangolino' on the other rock- 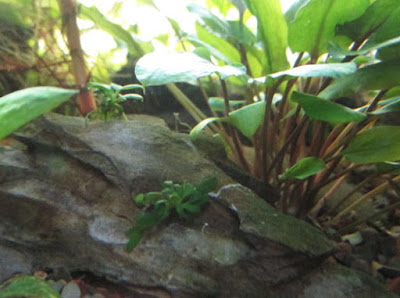 I just cut out all these brown stems of the parrot's feather, leaving a bit trailing in on top from above, and a short piece sticking out of the substrate on a few, that are already growing out ferny wisps. 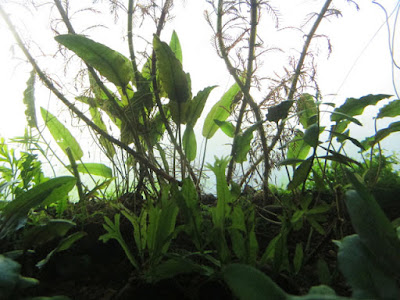 Still have some stems of mermaid weed and ludwigia arcuata (on left). Wish there was more of those, but it grows rather slowly. 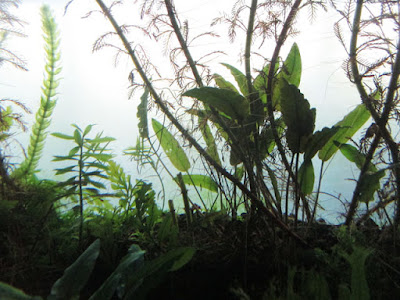 Buces still do pretty well for me in here: 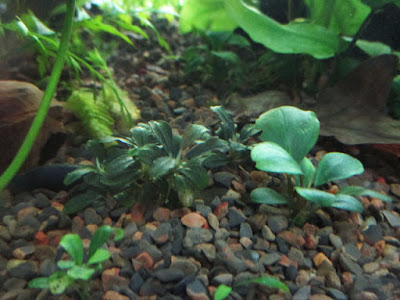 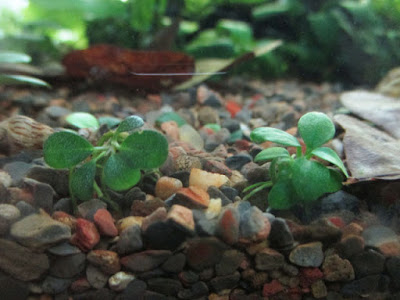 The dwarf echinodorus continues to look better in this tank, it doesn't seem to mind the chill so far. 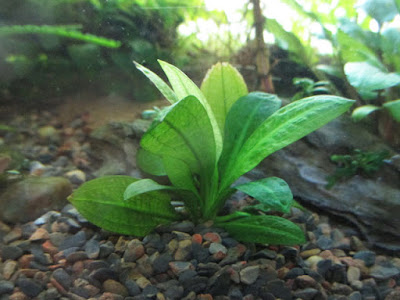