I have done things wrong by lithops, but have another chance now. This one is doing more that surviving, it's growing. Producing a new set of leaves in the crease there between the old. I went back and read up on a bunch of instructions. Now is time to withold water completely until it is done replacing its leaves. 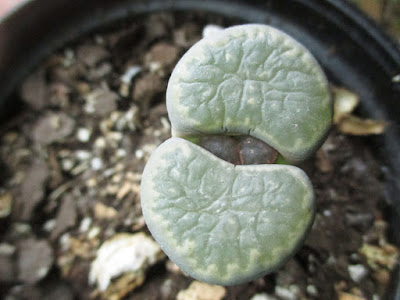 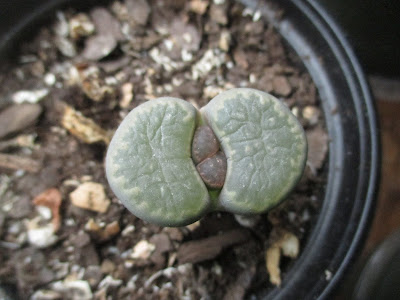 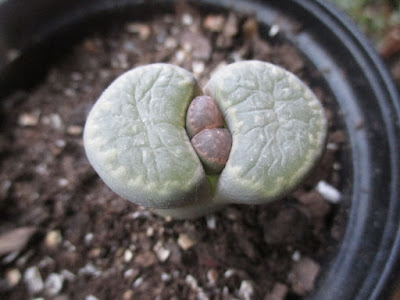 When I took this most recent photo, I saw something astonishing. 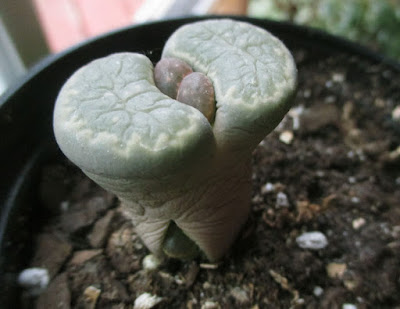 It's growing a second plant out at the base! Splitting open like a sleeve. 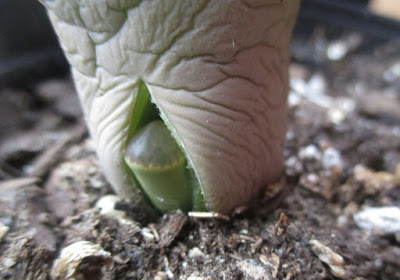 Very cool. I guess it's not doing so poorly then, if has the energy to propagate itself like this. I went back to the care articles. Realize now the plant needs careful watering and complete drought at certain times of year. It's possible when I first got them, the plant was going through an adjustment period to time its growth cycle with my seasonal photoperiod/light intensity whatever. Might be part of the reason I lost one.
Labels: Houseplants, Lithops, succulents