I put the pond snail into the window tank. Perry immediately took an interest and tried to bite it through the plastic. 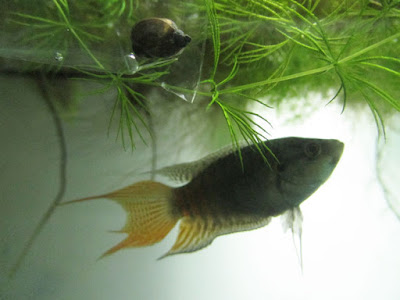 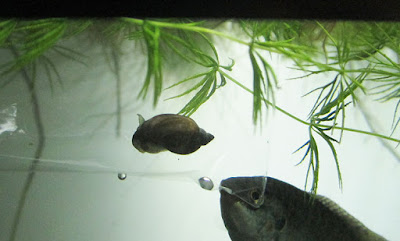 I tried to get a few closeups so you can see its little stubby 'horns'. 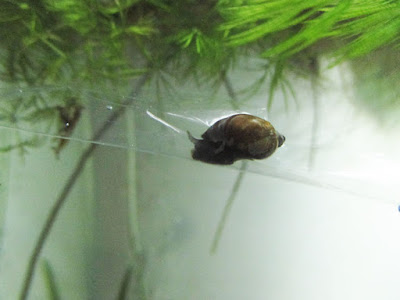 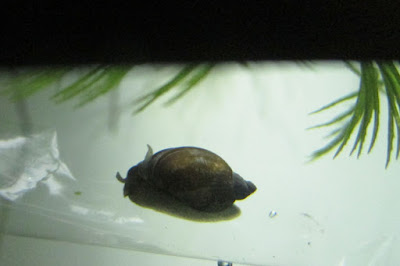 When I put it in the tank, the snail fell to the bottom, Perry following it down. I found the snail later lying on its back. I righted it, and it crawled up the glass a few inches in a corner, has been in that spot for a day. I don't know if Perry managed to injure it or not (well, at least he is trying to feed on the snails) but now I happen to like this one! I've still not seen the smaller bladder snail again, although there are so many new baby trumpet snails it's like his tank has a rash.
Labels: Hornwort, paradise fish, Snail