from an early spring walk around the yard- in no particular order: 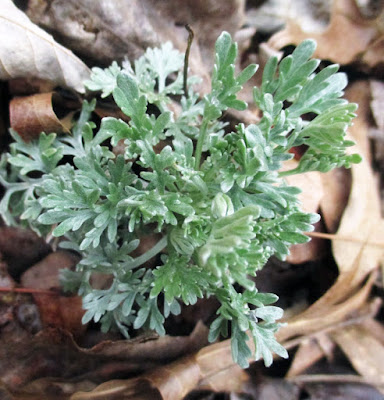 my blue 'dusty miller'. Only the two small ones I grew out as cuttings in pots and planted on west side of a tree in the backyard are green now. Small ones in the front probably got stepped on, and the main plant may have suffered too much from transplant shock, but maybe it is just slower to wake up. 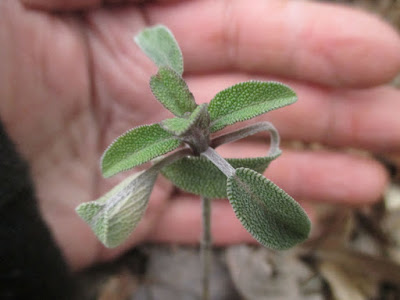 Sage around this backyard tree is still green, too 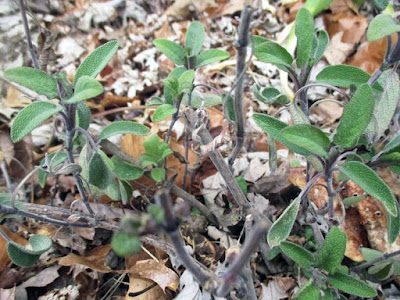 Although there's more of it in the garden. Time to ditch the dried bunch and start eating fresh! 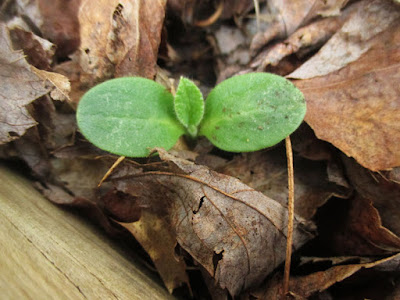 Found quite a few volunteer borage- 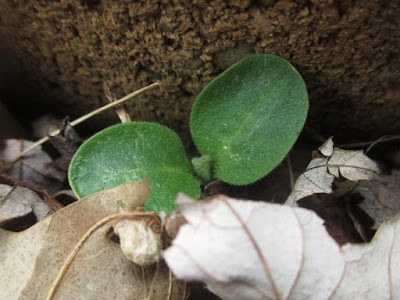 coming up in sheltered spots. 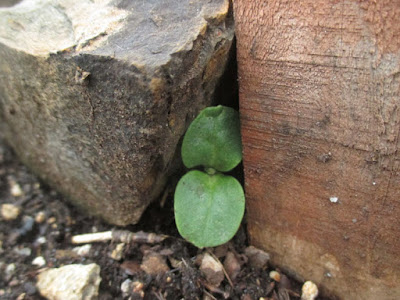 This is the only plant around my mailbox right now. It sprouted earliest of all- over a week ago- between a rock and the mailbox post. Maybe that nook was just a bit warmer. 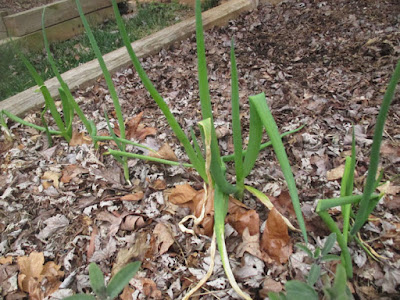 Green onions have been alive all winter. I need to eat them! 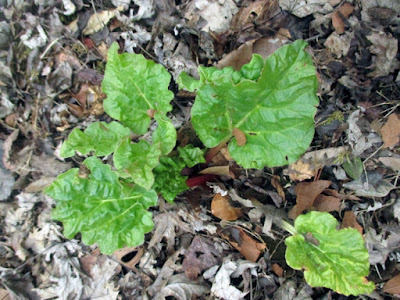 Rhubarb! Perhaps we will actually make pie of it this year. 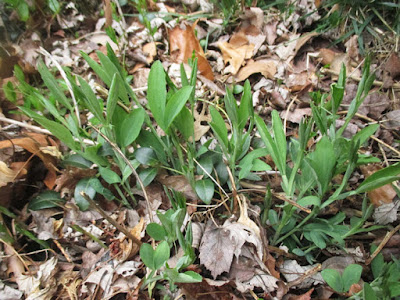 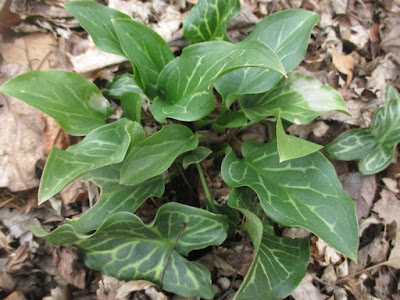 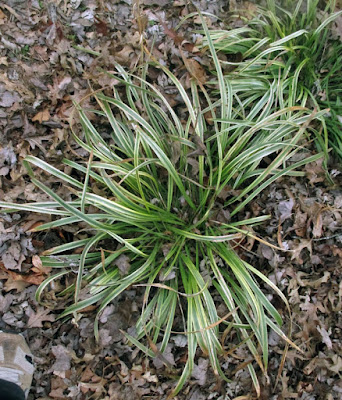 I cleaned leaf litter out of the crowns of liriope, to see if new growth had emerged yet 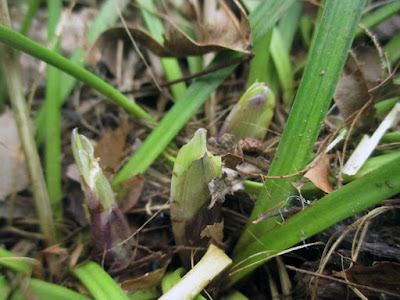 just barely- (and it looks bitten) Not time to cut the older foliage down, yet. 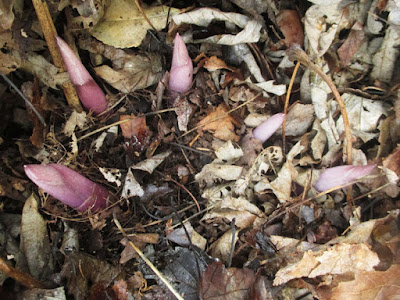 I thought it was too early for hosta, but brushed aside leaf cover. The big ones on the sideyard have purple crowns! 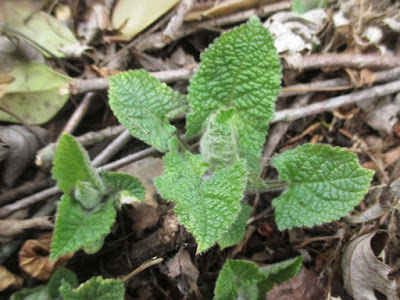 Salvia is coming up everywhere 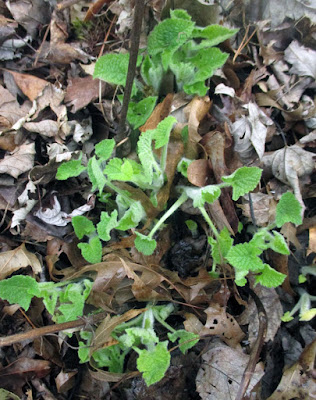 that I planted it last year 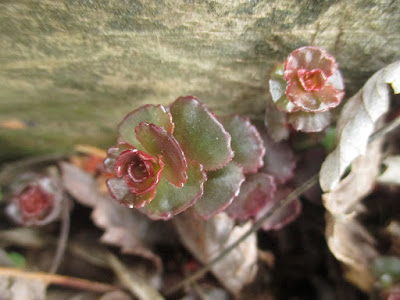 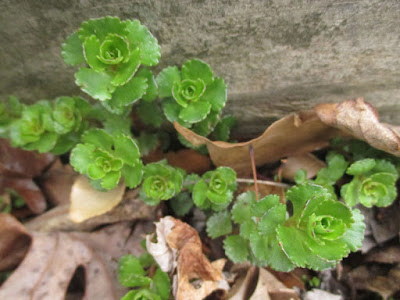 not nearly as numerous as the sedums among it. Which I think will shoulder it out. Those around the stump pushed up through the extra leaf cover I dropped on them before snowstorm, and wow they are thick already. 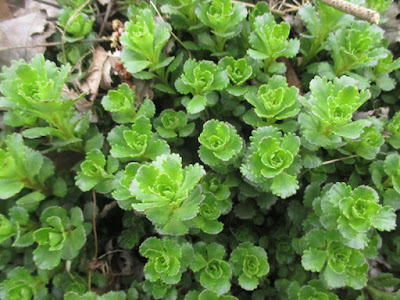