I moved the larger pot shard out of Perry's tank, into the 38gal. He wasn't making use of it anyway. Using some small rubber bands, fastened on top all the little java fern 'trident' plantlets, gathered from both tanks. It's hard to get a photo because the plantlets are still small, but they are growing. 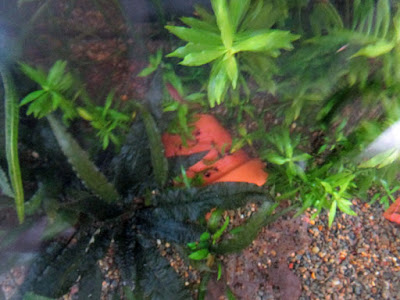 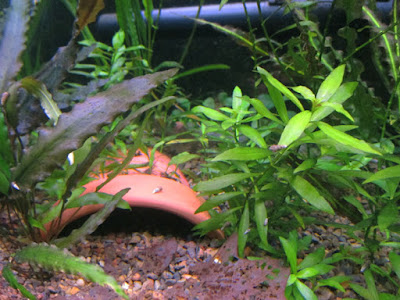 This larger clay cave is slighty behind some of the crypts, I wanted it to be more subtle in the layout 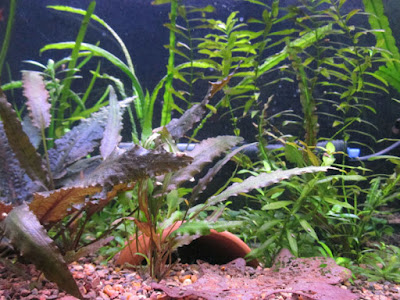 they're such a bright color, which should get softened in time with java ferns and moss planted over- right now echoes the serpaes' colors 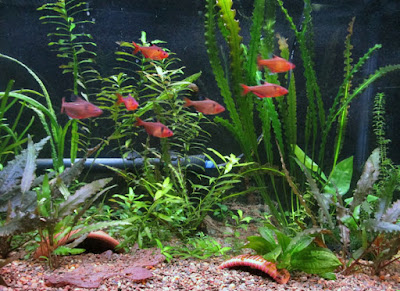 End note- found a tiny bit of crypt rhizome that sprouted. I think it's another piece of willisii. 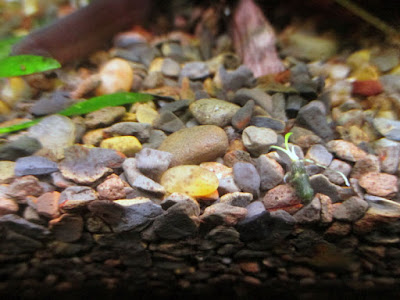