plants in the window tank

The other day, doing cleanup on Perry's tank, I started cutting rubber bands off the sticks that held dead rhizome pieces. Mostly the remnants of java ferns that didn't make it in here. I wondered if I should give up on bolbitis fern, too. Cut out some blackening leaves. But then realized that was all the original stems. Looking close, there is new bolbitis foliage growing in there. Small, but it's there. 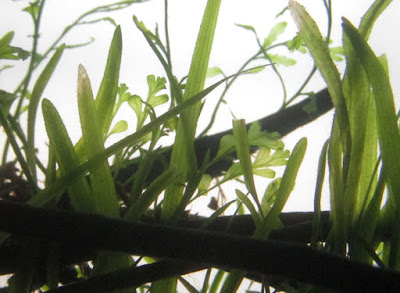 Also realized I don't see it well, because it turned itself to face the window light. I took this shot at an awkward angle. Bolbitis is center, crossing the wood piece- subtle olive green color. 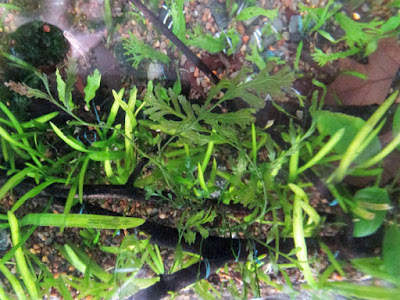 Still have the wire basket of moss in here. I trimmed it, and little bits are poking out again. A bit surprised it isn't growing algae, guess that shows how low the nutrient levels are in here. 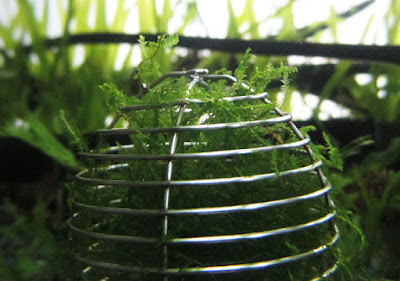 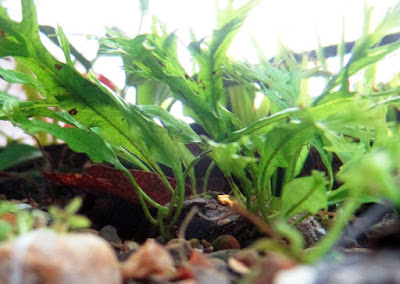 I removed all the buces, except the few bits of creeping variety. Those seem to be doing better in here for some reason. 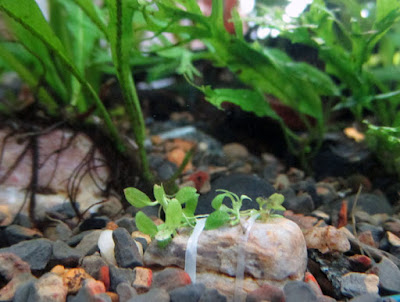 Two pieces of fern that had baby plants on them in the last batch I acquired? I am pretty sure now it's this 'asian water fern' (or african?) which is often sold at the pet shops but really a terrarium plant. I've heard lots of people fail with it- survives for a while, then dies off (but not as quickly as the mondo grass). Well, lets see how long it lasts. Unfortunately, I broke one of the new leaves off while handling it. But it's growing another. 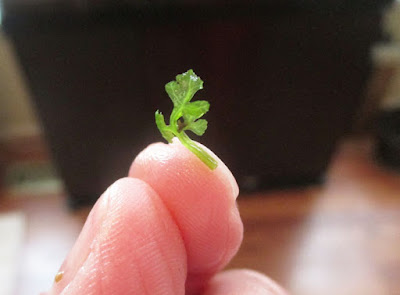 My little crypts in here are still ok, and next to them one of the elodea bits has settled down. The other is still floating topside. 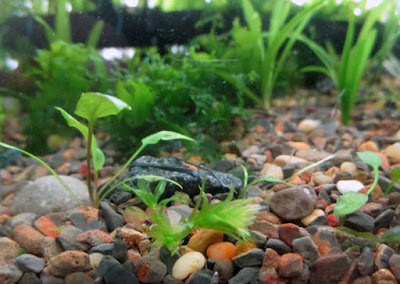 The stem plant I thought was bacopa? Completely melted. Just noticed one day it was absolutely gone. Oh well. These two smaller grassy plants are still alive though, which I expected to die. I wonder if they are dwarf sagittaria. I should snip a leaf and take a close look at it. 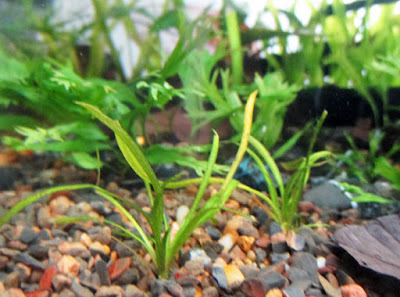 The little crypt retrospiralis plants in here are also taking hold, but don't get noticed as much now that the tank is full of vallisneria! This week I quit re-rooting the vals that have come up loose, and just moved them on craigslist. 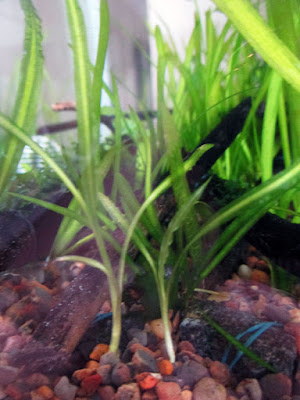 Hornwort on top of the tank is doing really well. It's pearling almost every morning. Getting crowded enough I may have to actually thin it out soon. 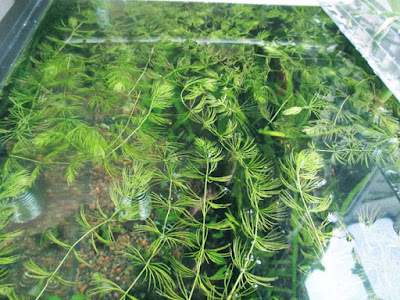 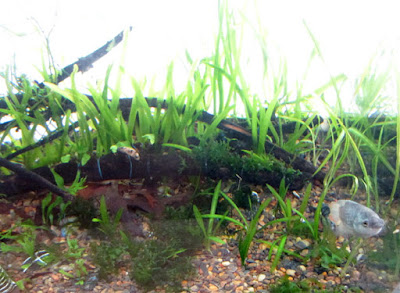