Day before yesterday an acquaintance from the fish club brought me some plants from another guy who was emptying his tanks for a move. From what he'd listed as available, I'd picked plants that might do well in my unheated window tank: vallisneria and some anacharis. It turned out to be a lot more plants than I'd expected. 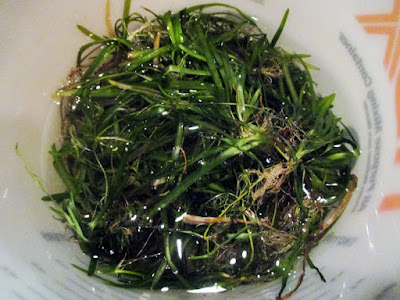 They'd been in Jay's tank temporarily for about a week in holding- so some were in poor shape. I spent two or three hours just going through them one by one, cutting the runners loose (easier to handle), stripping off damaged and dead foliage, removing snail egg clusters (pond or bladder snails). Ended up with enough vallisneria to easily plant the back wall of Perry's tank: 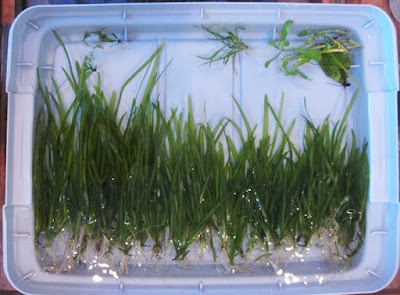 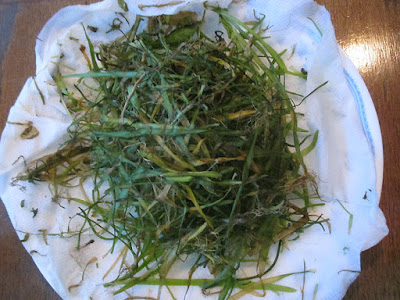 So along with the vals- 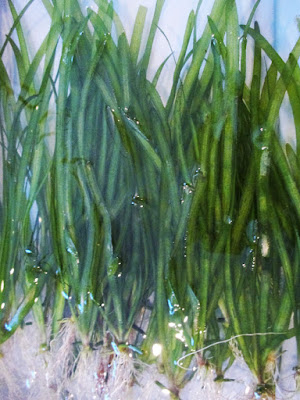 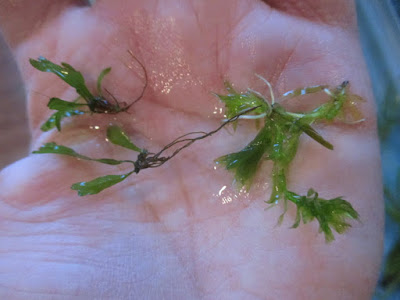 a piece of what I think is asiatic water fern (bolbitis?) with two baby plants on it 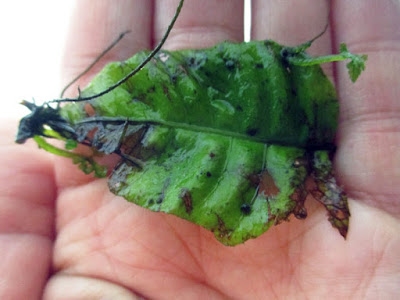 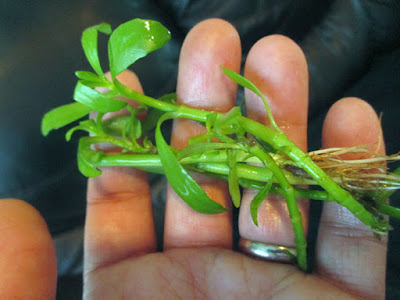 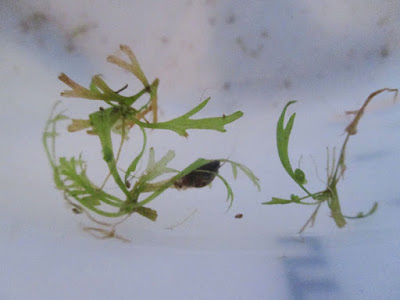 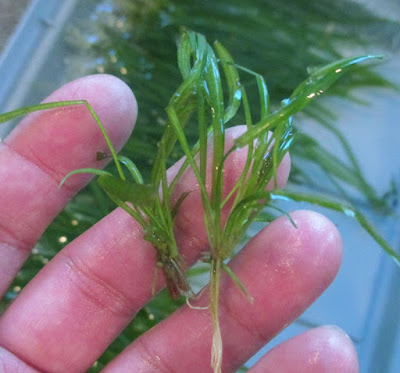 Also some tiny threads of what might be riccia, but could also be algae so I discarded that. And a tangle of moss- more on that later. All these plants are going into my window tank because even with a dip and rinse, I don't know what they might have been exposed to and better to just risk one fish... I tied the windelov ferns to a rock, planted the best stem piece (if it's bacopa won't live thru the cold temps in here) and let the elodea and watersprite float. Spent hours planting the vallisneria. Now my window tank looks like what I'd been imagining if the vals ever grew in.... See next post.
Labels: aquatic plants, Bolbitis fern, Elodea, Vallisneria, Watersprite