Hector is a half-moon betta with the long, flowing fins and I've noticed he struggles a bit to swim around his tank. We had to turn the filter off at feeding times or he missed half the food, and he spent most of his time in corners or resting in the upper half of the japanese temple thing (yeah, it has a broken edge. I'm hoping eventually the Java Moss will grow over that). 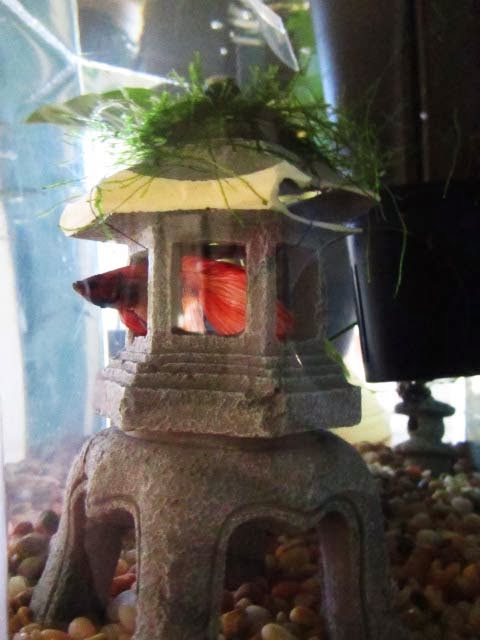 So I made a baffle for his filter. I have several fish cups sitting around and one had cracked in half. After reading some tutorials online, I broke the bottom out of one half and taped it across the outflow of the filter. 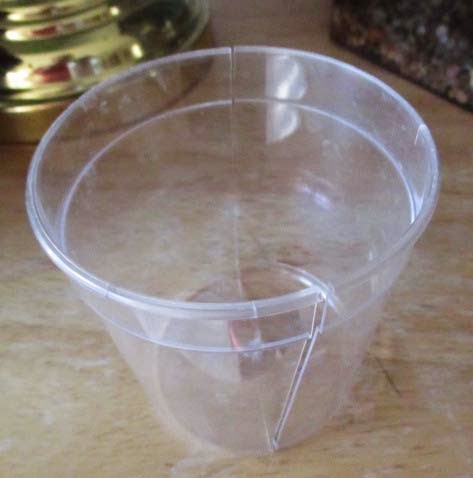 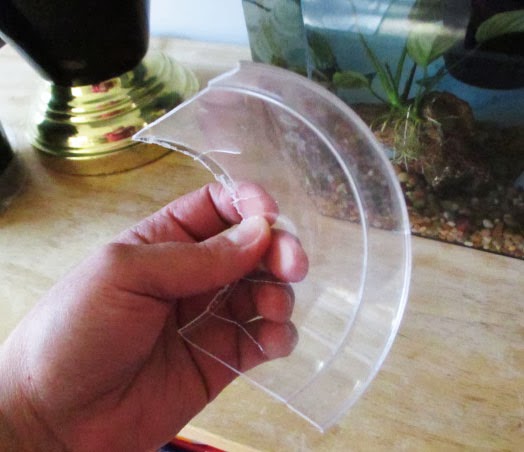 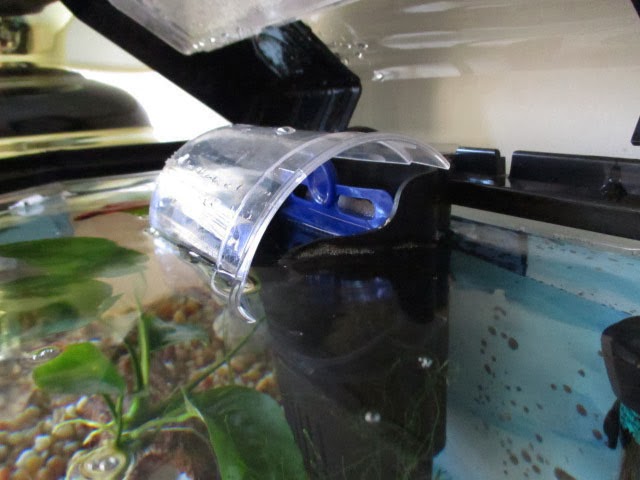 This diverts the flow to the sides so it has a more gentle current, but still filters the water effectively. I ought to use a plastic water bottle instead, because I worry a bit about the rough edges from where the cup cracked. However, the fish stays well away from the ends of it where the flow is strongest so he might be okay for a while. And as soon as I have a water bottle on hand, I'll make a new one for him. It was such a simple thing to do, but has made a lot of difference. 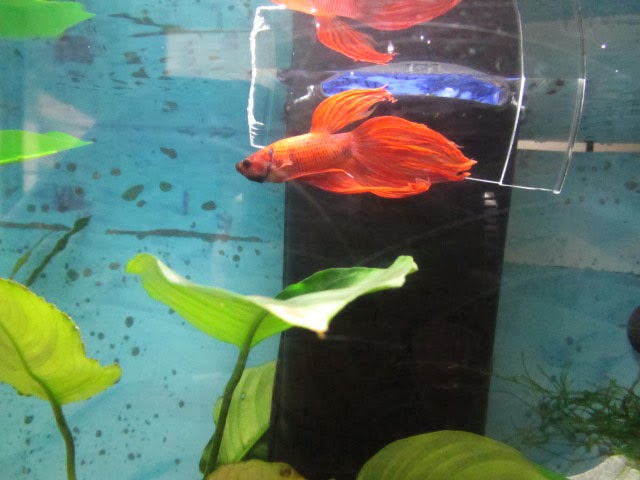 Hector swims all around the tank now, instead of hanging out in sheltered spots. He inspects things on the bottom of the tank and is even building a bubble nest, which is a good sign the fish is feeling good. 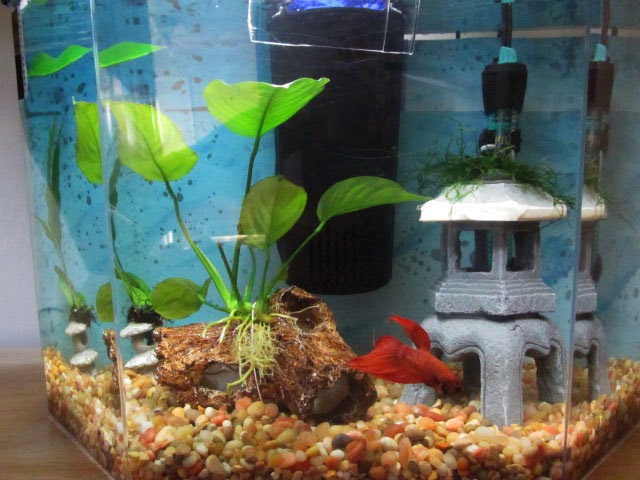 He does have a few torn ends to his fins because at first the three-gallon had plastic plants and the edges were too spiky. Live plants are so much better. I'm keeping a close eye on his fins, so far there is no sign of infection or fin rot. 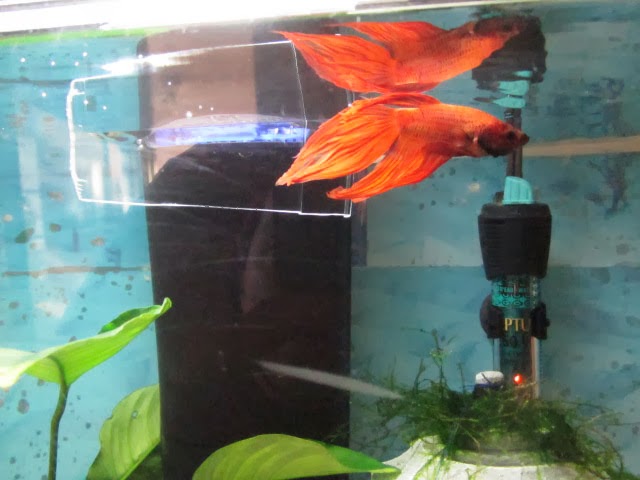