I still have quite a few plants on windowsills inside. Most are second sets of herbs I started. I made another mistake, putting the Basils out in the coldframe on a sunny day. A slug or pill bug munched two of them, so I whisked the others back inside. 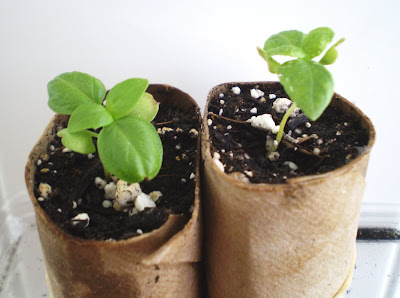 But the loss is not too great; my later seedling tray has about a dozen growing happily. 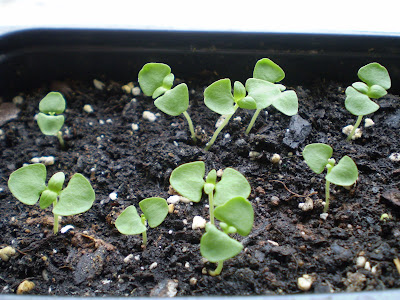 I killed last year's Oregano plant, but to my delight got some seed started this time! The plants are so teensy it's hard to get a picture. They were in a bigger tray that was also seeded with Parsley (since put into cardpots) and Chives, which didn't grow. Once the Parsley was out it seemed a waste of room to have that wide tray with just these teensy Oregano seedlings in it; so I took a risk. I used a large flat spoon to carefully scoop out the seedlings with their surrounding soil, and put it in another, much smaller tray. They seem to be doing fine! 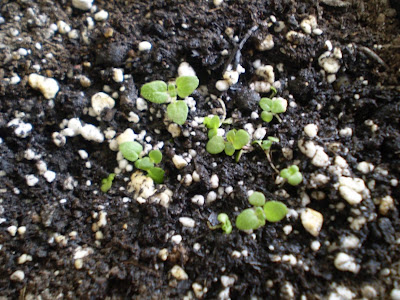 I've also got Cilantro growing in one pot. We're already eating some of it. Planted three pots of it, and only one grew. Why? O well. Soon it will be time to plant seed outside directly into the garden; they grow better there (and have better flavor). 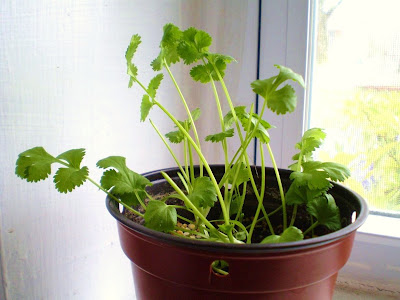 My poor Tithonias look so sad. I think I really started them too early and it's too cold outside. I've brought them back indoors hoping they recover. 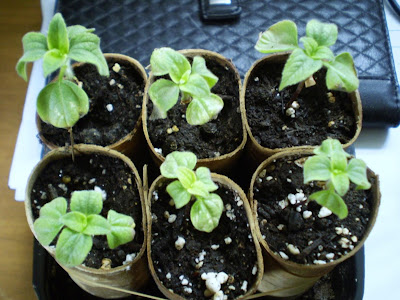 The baby plants I'm happiest about is my little Coneflowers! I was afraid they wouldn't grow at all, but now I have six. Keep thinking over and over in my head what will be the best location for them outside; as they're perennials. 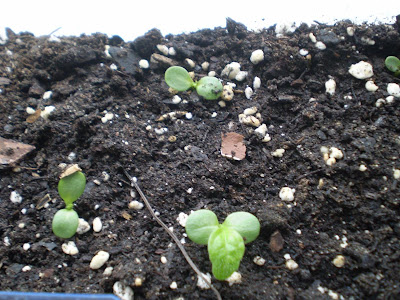 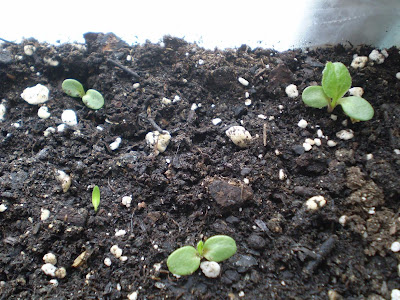