The temperature point for celosia is sixty degrees. Below that, they suffer. But I've found I have a bit of wiggle room with my coldframe. They've been doing nicely so far and several nights this week I've been able to leave them out, down to fifty-eight degrees they were just fine. 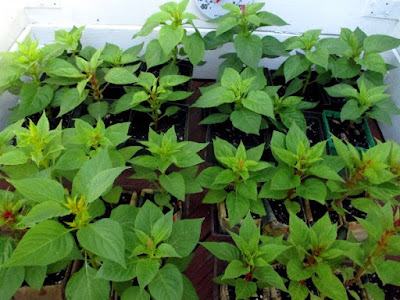 Fifty-six was too low, though. A few suffered that night, see the leaf wilt and curl: 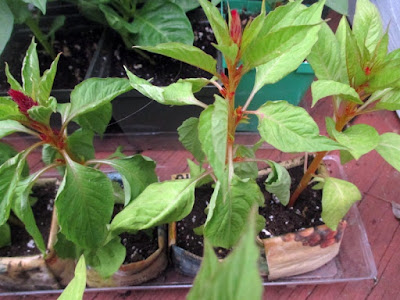 They've already got flower spikes, I'm a week or two off in my timing. 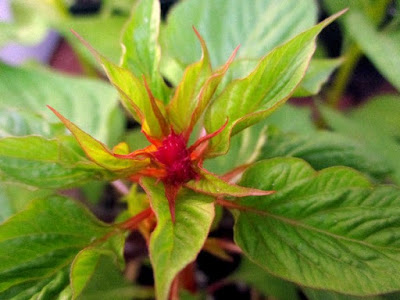 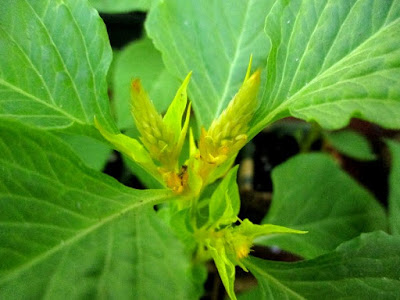 Should have started them later than I did. Don't know if I'll get large blooms this year.
Labels: Celosia, coldframe, Flowers