This is one of the other blue salvias - 'may night' I think. 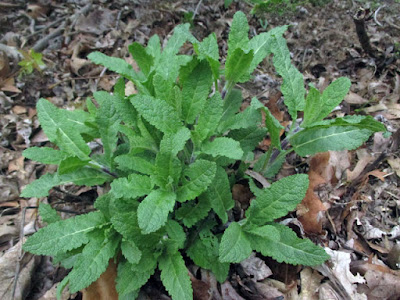 The black-and-blue salvia made it through another winter! 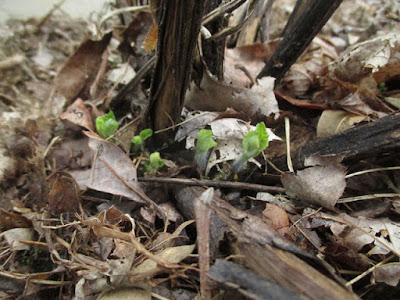 I dug up the edge of it and broke off a section that was growing close to the paving stone. Planted it on the other rear side of the lilac and moved the other little salvia forward. Maybe I was too rough with it, though- doesn't look like it's doing well so far. 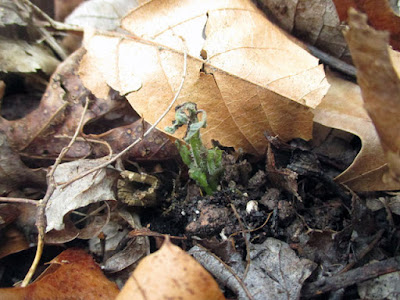 The yellow salvias are growing nice and thick- and there's a blue hosta emerging behind. 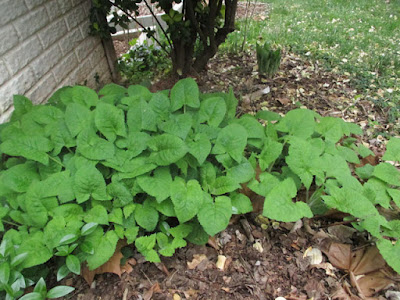 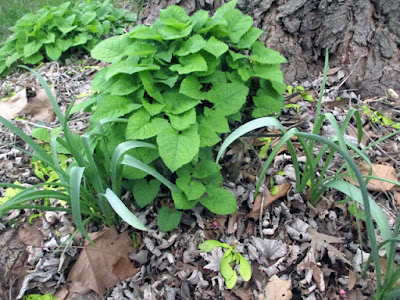 Speaking of blue things, I just saw a pair of eastern bluebirds in my yard! Saw the bright flash of color as the male flew down to the ground, picked something up, flew back up to a branch and fed it to the other bird. The second one was more dull in color, just blue on the flanks and tail mostly. I looked it up- definitely a male/female pair. Would be so thrilled if they nested nearby.
Labels: Allium, Birds, Hosta, Salvia