Also called the patent-leather beetle, from what I found online. There was one inside an old cherry stump near the garden, I pulled the loose bark off to crumble into the new beds with the stick layer. 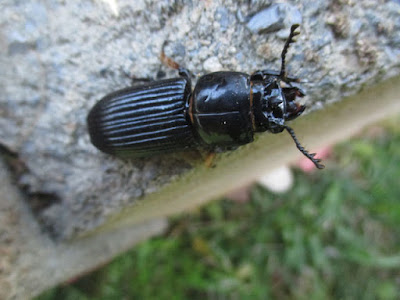 They're big. Next to my finger: 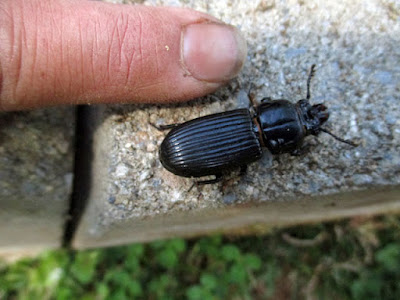 And they make a noise. I touched one hoping it would pause- they crawl so quickly it was hard to get these photos- and the beetle made loud squeaks. Two more then emerged from the other stumps.

Pretty sure they came out because they heard the first one. 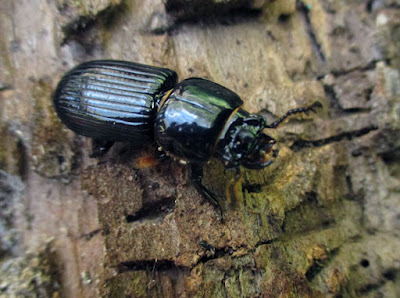 They eat the rotting wood. I let them alone to crawl back inside the old logs sections. 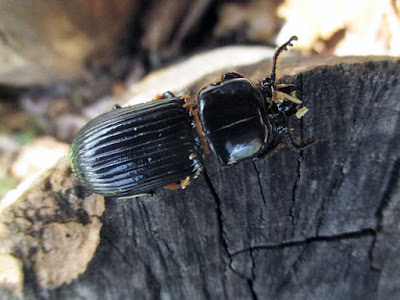