I don't know if it's my imagination, but I think Perry's caudal fin extensions are a bit longer 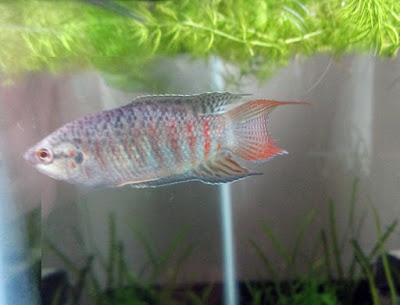 especially the lower one 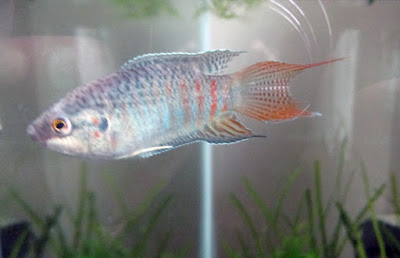 hard to get a picture, because if I'm near he zooms back and forth across the front of the glass, so most shots come out like this 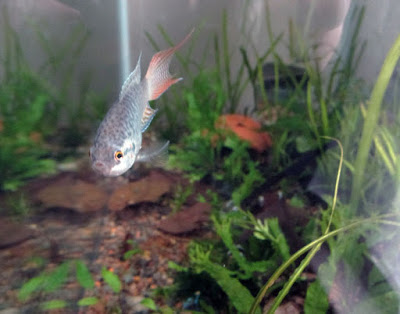 the newer pothos cuttings' roots have finally taken off, that's hard to get a picture too, just because of the angle 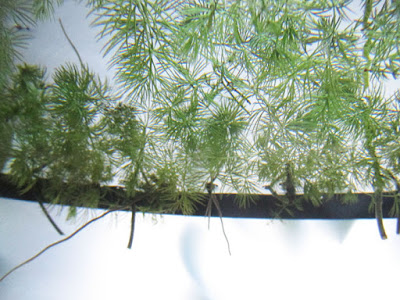 I still routinely test nitrates weekly, just to keep tabs on how things are doing that I can't see... and the week those roots sprouted, nitrates suddenly dropped from the usual 30 or 40ppm to less than five. I bet because suddenly they were taking up more nutrients. I expected other plants in the tank would look peaky then, but the windelov are even greener, and Vals have quit melting. Maybe because longer hours of daylight now. I did just over a ten percent wc this past week, instead of twenty. 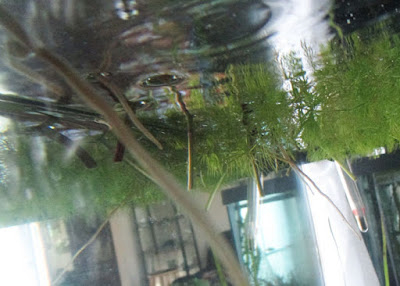 I might start doing once-every-other week wc on this tank, if it seems sufficient. I didn't set it up like a walstad. Am just kind of experimenting as I go...And its been -ahem- almost three months since rinsing out his filter media, the flow is finally starting to slow down. I'm doing that tomorrow with maintenance.
Labels: aquatic plants, Cryptocoryne, Hornwort, paradise fish, Pothos, Vallisneria, Windelov fern