The other week I put root tabs again- and quite a few of the plants are responding. I had totally forgotten there were a few fragments of crypt parva rhizome left in here- and two of them sprouted new leaves. (They could be bits of crypt willisii, but I think it's parva). 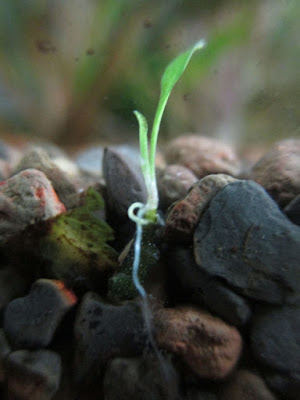 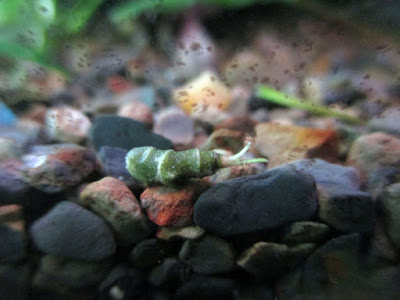 I am still a bit confused if these plants in the center of my tank are ludwigia repens or hygro something. Because so long ago everything was melting and dying and I never really knew which ones grew back. I'm guessing it's really the ludwigia, though- because the hygro corymbosa I put in here is pretty much all dead now. That last bit in this pic just melted away this week. I'm letting some of these stems grow tall enough to hit the surface- if one flowers maybe then I can tell. 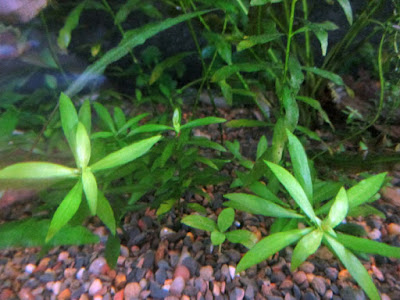 Some of my crypts put root hairs up from the substrate. Not sure why. I sold in that batch a few of the babies, pulled up those that were growing very close to the parents or against the glass. 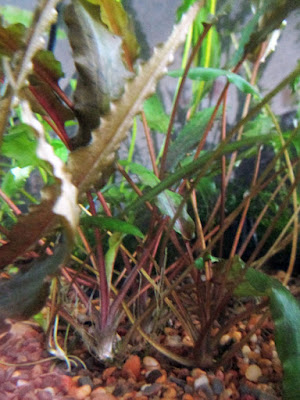 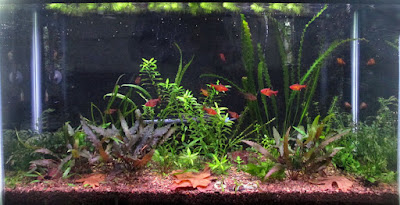 In ambient light (and before hornwort was trimmed for the week): 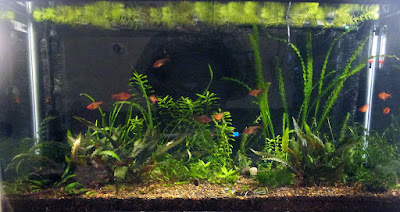