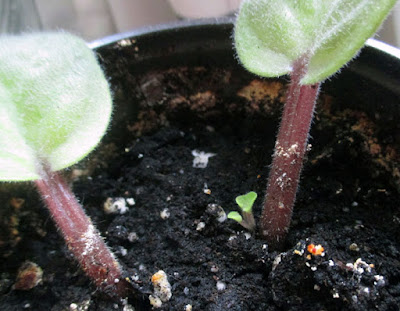 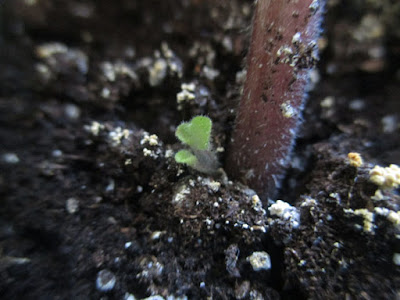 Several days later. Taking this second set of pictures I saw there's more tiny shoots coming up on other side of the petiole! So it looks like I'll have two or three plantlets, or at least one with multiple crowns easy to divide when mature. Makes up for the fact that the second planted leaf doesn't seem to be germinating anything. 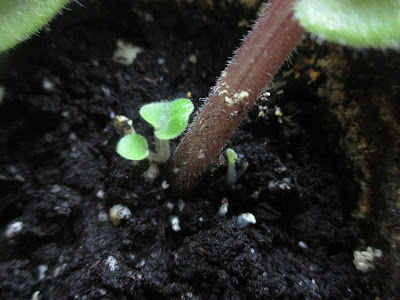 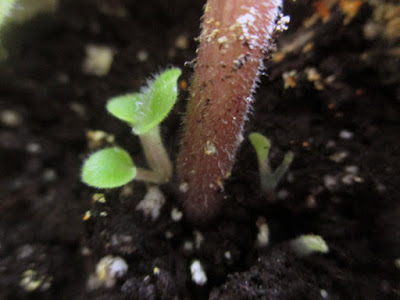