shrimp, and plants on the side

This morning I caught a photo of an amano shrimp walking across a leaf, in ambient light before tank strip came on. You can see she's berried. I think all my adult amanos are female. 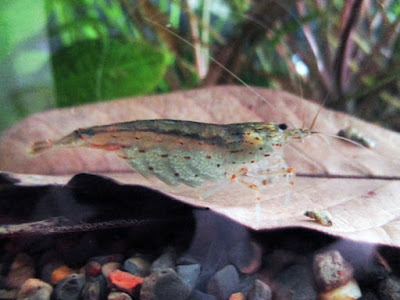 My bit of pennywort in a pot is much happier to be constantly damp. I had it sitting more or less all the time in a tupperware dish of a few inches of water. But took it out, because the soil is growing mold and I don't like that. Probably I should have not used potting soil. I am going to let it dry out a bit and then sit in a saucer instead. 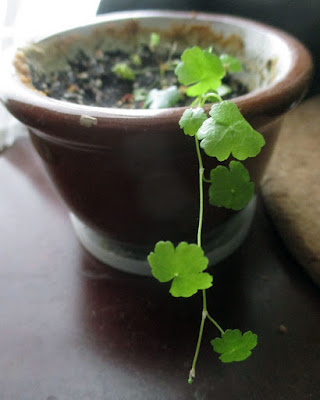 Hornwort vase is still nicely green, if not as dense. This past water change day I trimmed the stems that had hit surface, wiped glass below the rim and topped off with tank water. That's all. It's housing three large trumpet snails right now, until I pick a few more out of the tank enough to feed fishes. 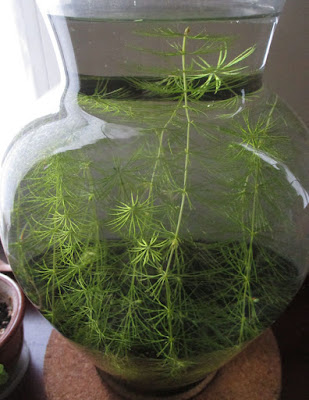 I once again have a tiny jar of moss bits. I took all the leftover moss from the plants I received last week to fish club and gave away. Came home and there were still plenty of little fragments in the QT bin. Decided to toss them in a jar to grow out. 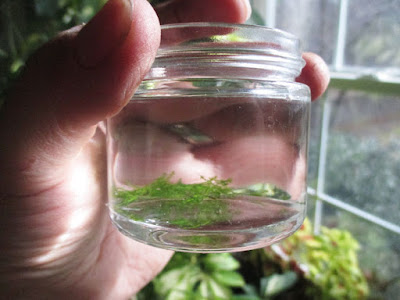