Yesterday I spent the entire morning busy with plants. I took most of my Jades and repotted them. In my office windowsill, below the level of the desk where they often get forgotten (thankfully, as otherwise I tend to overwater them) were three pots of babies. 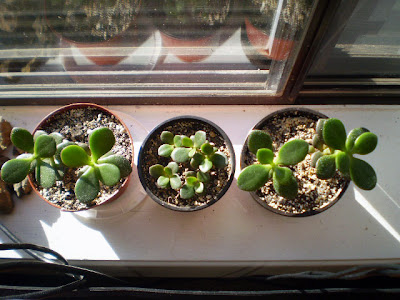 I took the center pot of those and put them as pairs in slightly larger pots. They're stuck into a mix of potting soil and vermiculite, 50/50. 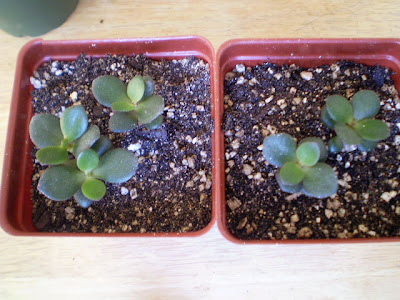 Then I took the tall "mother" plant (which originally came to me as a cutting itself) and chopped most of it off.   Yikes! But it was too tall and kept drooping over, getting top-heavy. Crassulas really do better with a short, stout stem. It went from looking like this 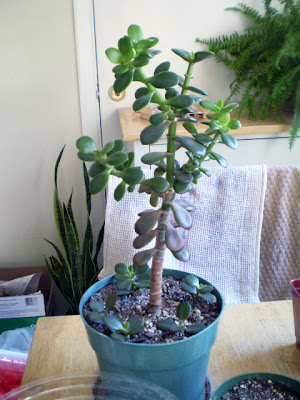 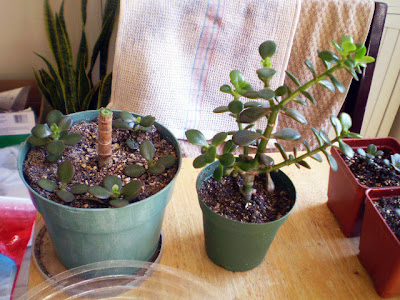 I hope the original stem will survive the shock and grow anew! It's surrounded there by the tops of several other plants that recently got pinched to encourage branching.

I had two six-inch pots of four or five crassulas each; 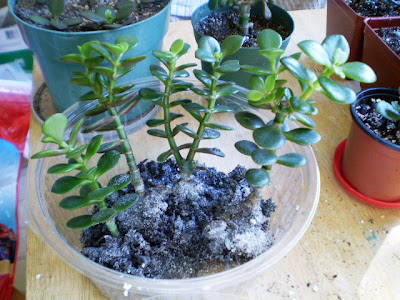 one of those got repotted into a clay pot. 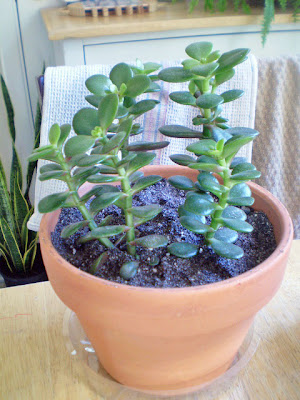 There was a smaller snipped crown set in there to start rooting as well; I moved that one into its own little pot. In this case it is set into a mix of potting soil and eggshells. Yes, I dry and crumbled my eggshells. 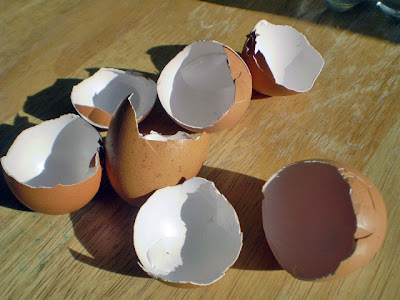 I try to remove all the membrane so there's no organic matter left to rot or cause disease. We'll see if this works; if it doesn't I've only lost one little jade of many. 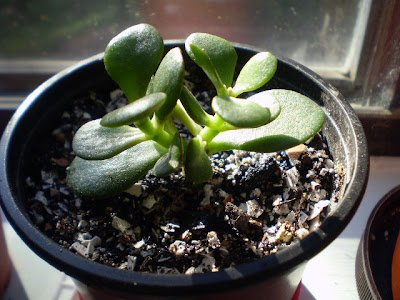 Note: it is usually not advisable to do your repotting/propagating in the dead of winter. It's best to do such things in spring when new growth starts. But my plants seem to think it's springtime anyways, so I hope they do okay with the unorthodox timing.

Note: I have just found the most awesome picture of a crassula tree! Isn't this the most amazing jade bonsai ever? I want to grow a plant to look like that!
Labels: Houseplants, Jade plant