There has been a slug in my coldframe. It ate a romaine lettuce seedling and a pepper seedling before I put a dish of beer in there and drowned it. But after bringing my peppers, tomatoes and basil plants inside, something kept chomping them- one morn the smallest Tomato plant was missing some leaves, the next morning one of my Peppers was just a bare stem! I suspected a slug again and put a teensy dish of beer out- but no luck with that. So today I potted up into cardboard tubes all those seedlings that were grouped together under the lamp, mostly with hopes of finding the slug. I did. It was a very little one, hiding between two cardpots of Tomato plants. Now I've only three of those left, but they're the ones I don't know the variety of, so I don't mind too much.

The little plants are all lined up in the windowsill now, instead of under lamps: 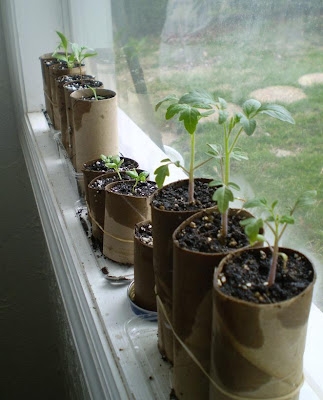 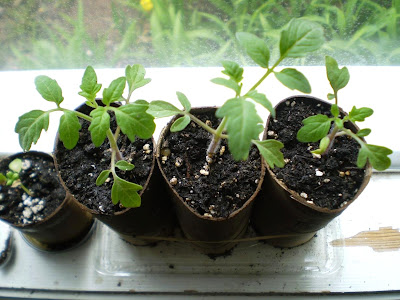 I didn't get very many Peppers to grow at all, so it was dismaying to have so many eaten by slugs already! Now I only have three Bell Peppers left 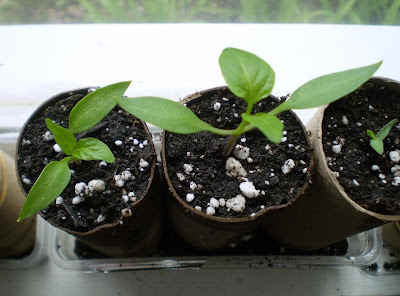 and two from the Hot Pepper mix. 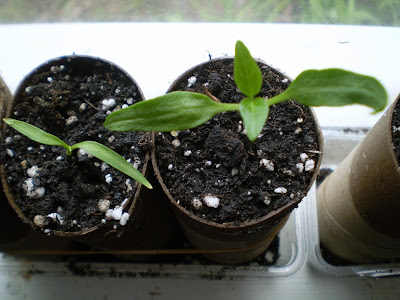 A few Basil plantlets; there are five more in the second-seeded tray now as well. 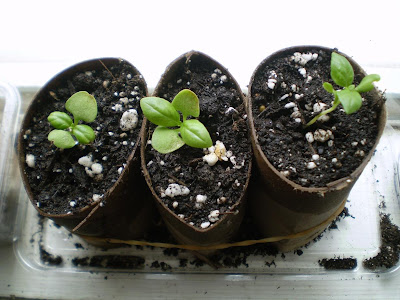